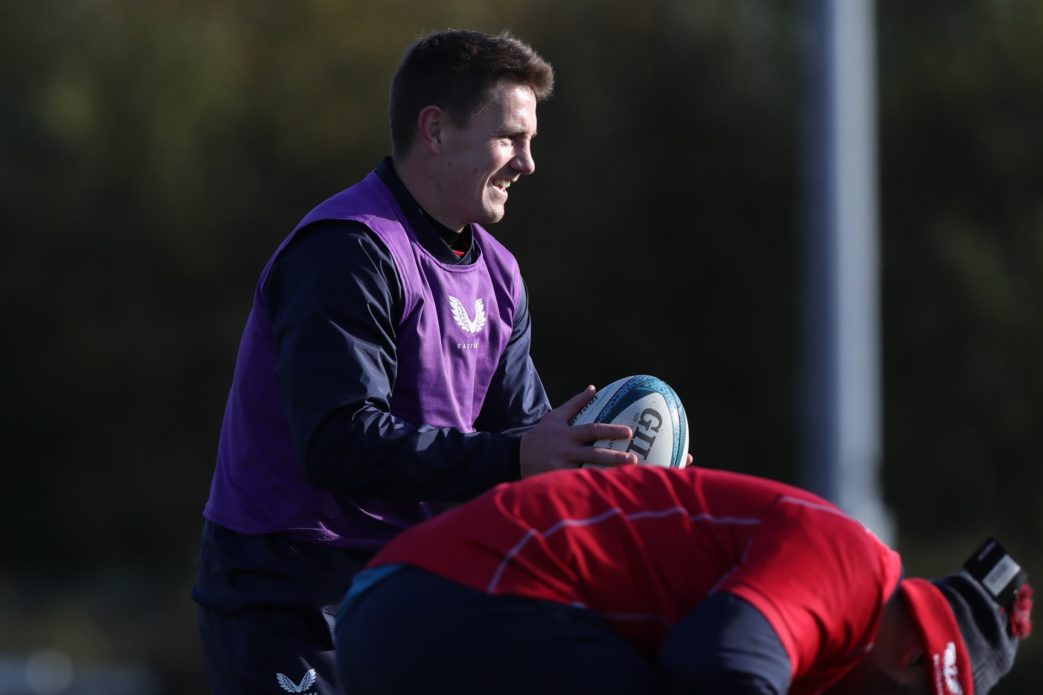 Jonathan Davies returns to captain the Scarlets for the Boxing Day derby against the Ospreys at the swansea.com Stadium (17:15 S4C, Viaplay).

Davies will wear the No. 12 jersey as the lone change to the starting line-up that took the field last weekend for the Challenge Cup win over Toyota Cheetahs.

That means Johnny McNicholl, Steff Evans and Ryan Conbeer continue in the back three, while Ioan Nicholas gets a third successive run-out at outside centre after impressing during the European block.

Up front, it’s as you were, with Steff Thomas, Ryan Elias and WillGriff John packing down in the front row and Tonga international duo Sam Lousi and Vaea Fifita at lock. Lousi will become the latest Scarlets player to reach 50 appearances.

The experienced Aaron Shingler, Sione Kalamafoni and Josh Macleod link up in the back row.

There is one change on the bench with Scott Williams named among the backline cover.

Scarlets head coach Dwayne Peel said: “After wins for both sides last weekend, this game is nicely set up and both sides need to win as well. Both of us have been in games and come out on the wrong side of results when they have been tough battles. We had a good tussle at the start of the season which ended in a draw and I am sure it will be a big battle again.

“Emotion is important, it is not just another game, it is a big derby and I want the boys to treat it that way. This is always a big occasion and the emotion is part of it. I remember playing at the Liberty with a capacity crowd on a Boxing Day and you remember those games as players and as supporters. It is important that the boys relish it.”