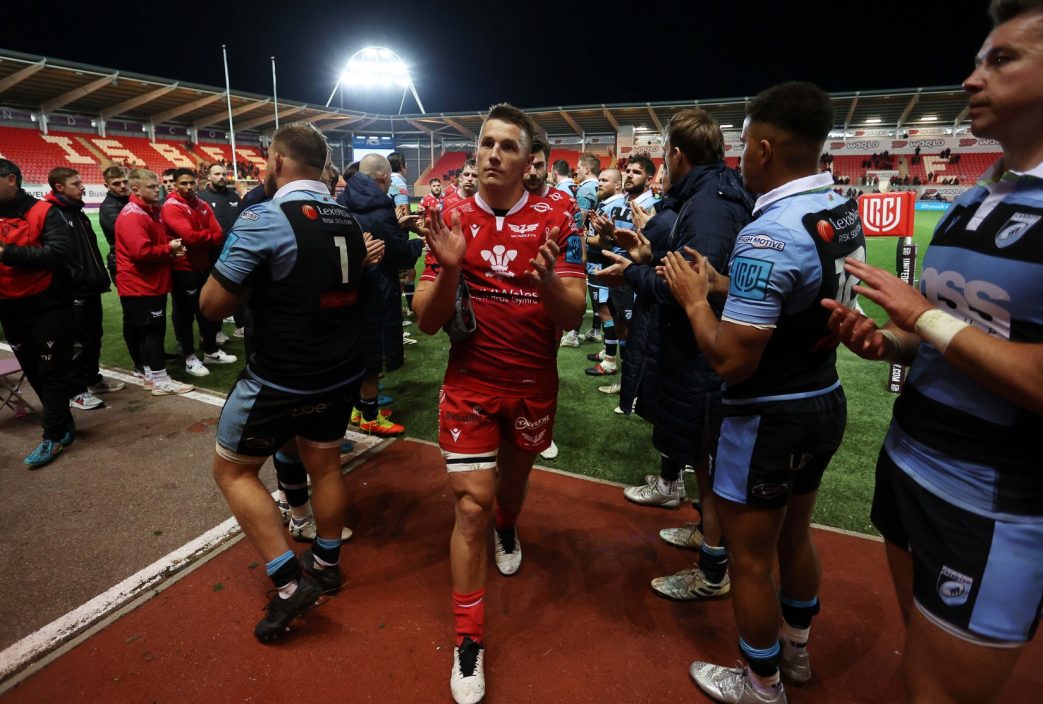 Jonathan Davies returns to the starting XV to captain Scarlets in their rescheduled URC fixture against Cardiff at the Arms Park on Saturday afternoon (15:10; BBC Sport Wales).

Davies takes over the armband from the injured Scott Williams – one of five personnel changes to the side that claimed a 35-20 victory in Llanelli last weekend.

Wales international Liam Williams makes his first appearance since the Six Nations to feature on the left wing and joins Johnny McNicholl and Tom Rogers in the back three.

Davies comes in at outside centre with Johnny Williams switching to inside centre.

The only change to the front five that impressed against Cardiff last Saturday night is the return of Wales hooker Ryan Elias, who will make his 100th appearance in the competition. Shaun Evans drops to the bench.

With Blade Thomson and Tomas Lezana absent because of Covid, there is a reshuffle in the back-row. Aaron Shingler has recovered from the knee injury he picked up in South Africa and slots in at blindside, while Dan Davis gets the nod at openside alongside Sione Kalamafoni.

On the bench, there is a welcome return from injury for back-rower Josh Macleod, who has featured just once this season – against the Ospreys on New Year’s Day.

British & Irish Lion Wyn Jones is included among the replacements as forward cover along with Evans, Harri O’Connor, Carwyn Tuipulotu and Macleod. Behind the scrum, Wales international scrum-half Kieran Hardy, Angus O’Brien and Joe Roberts come into the match-day 23.

Scarlets head coach Dwayne Peel said: “We are obviously pleased with last Saturday’s result, but I’m happier with the reaction this week. We haven’t been patting ourselves on the back, it has been back to business ahead of a big challenge. We know there will be a reaction from Cardiff;  it is natural at home that you get that, home form is important to every club. We are expecting that, it is part and parcel of the game and that is where these double headers add spice.”