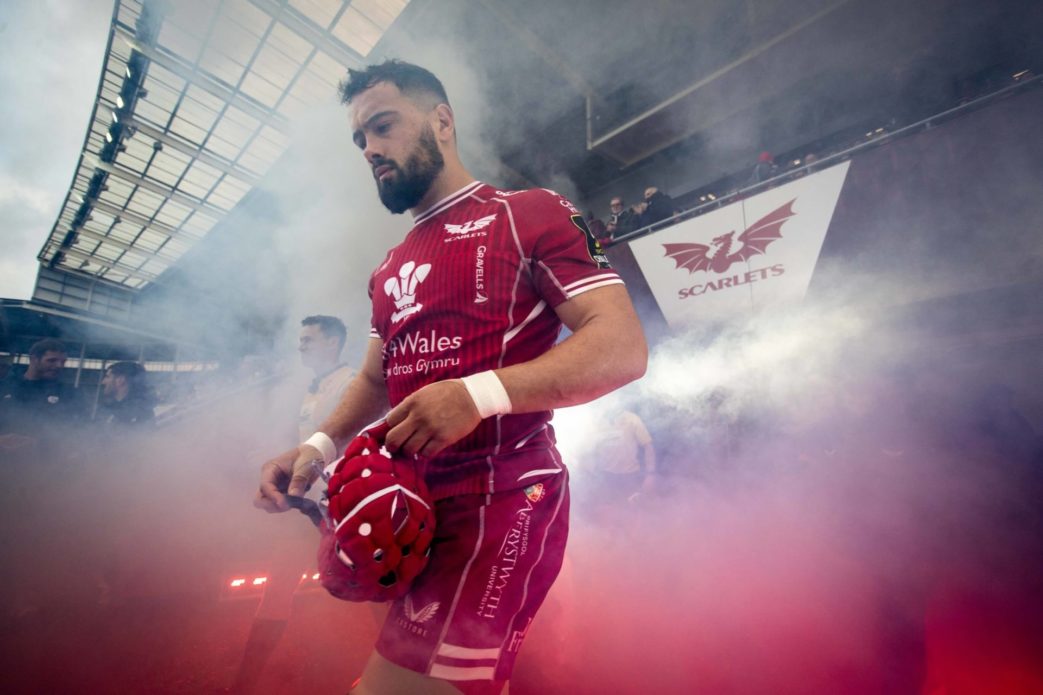 Josh Macleod chatted to the media this week ahead of the big Boxing Day derby against the Ospreys in Swansea.

Here’s how the press conference panned out

Josh, how was it captaining the side last weekend?

JM: “It was a massive honour, I had a lot of experience around me so I just leaned on that throughout the week, let them do the talking and thankfully we came away with the win, it was obviously really nice to skipper the side. I captained the side once before against Treviso, and I was reminded a couple of times during the week that we lost that game so I was glad to get that first win under my belt as skipper.”

You have had a few career milestones these last few weeks

JM: “It has been nice, the body has held up pretty well, so it was obviously nice to get the first cap and also pleasing coming back and on the back of two good wins in Europe, there is a good buzz around the place at the moment.

Are you looking forward to taking on the Ospreys?

JM: “For sure, it is always a battle whenever we go up against each other. We have had some good wins but also some tough losses to take against them over the years. We know what is coming.”

Do you feel you have turned a corner as a side?

JM: “We don’t want to get ahead of ourselves as squad, that is important, we have had two good wins, we always knew from an attack perspective it was there, we knew we could score tries, we leaked a couple of tries against Cheetahs towards the end, which wasn’t too pleasing from a defensive perspective so defence is obviously going to have to be stepped up to hold the Ospreys out, that has been a big focus for us.”

Any preference which back-row position you play?

JM: “It is wherever Peely wants to put me, there is no preference; in this day and age we are all moulded into one, we all do the same jobs. As a seven I feel I am involved in the game a bit more, at six your role changes, you are a bit more lineout specific, I don’t think anyone can do the job Sione does at eight so I will leave him to that!”

What are your thoughts on the Ospreys back row?

JM: “They are not bad are they? That is why we play the game to come up against the best boys in Wales, the best boys in the UK. As a back row with the Scarlets we will put our best foot forward and hopefully come out on top. We are stacked in that sense as well and are fortunate it’s the first time we have everyone fit. Selection is tough and it pushes everyone across the back row to perform better. From a team point of view that is what you want. We are expecting a big breakdown threat, we are expecting physicality, they carry the ball well, they are pretty much all-rounders, we are going to have to try and nullify that threat, we have spoken about it as a team, so may the best man win.”

Is there a big emotional element to this derby?

JM: “There is always an emotional side to any derby, there are two battles, a physical and emotional battle. We know a lot of the boys on the pitch, a lot of friendships off it, we have got to come to the game with the right mindset, put friendships to one side for that 80 minutes and really go for it.”

JM: “We are told to carb load before a game so Christmas falls well! We will lay off the puddings, but we will certainly enjoy the food.”