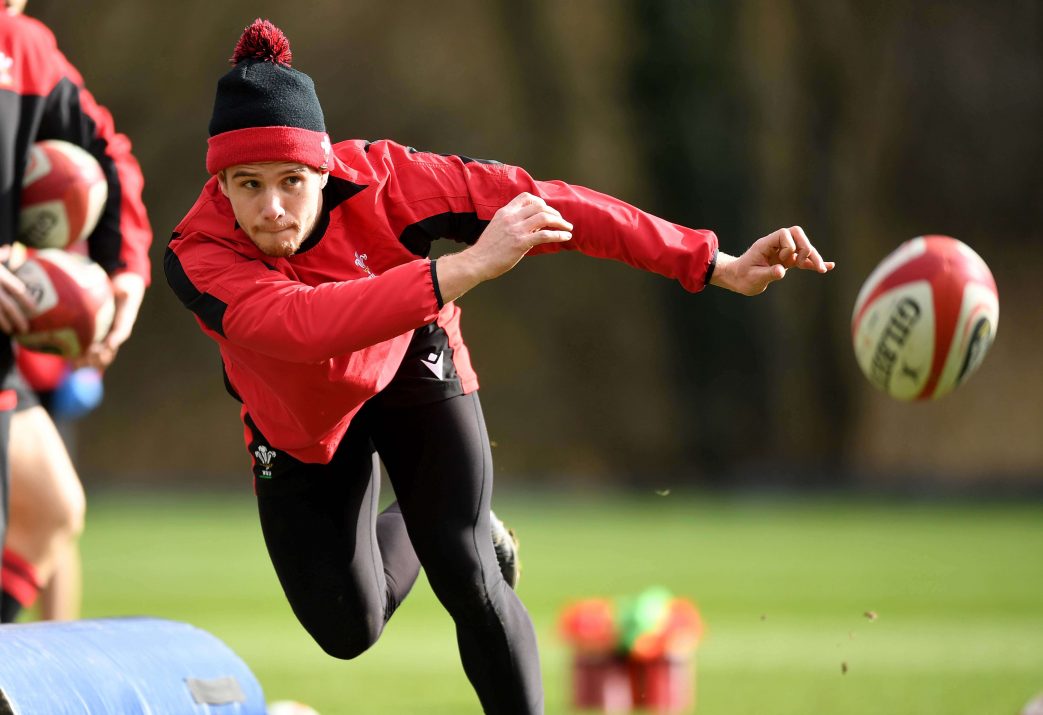 Kieran Hardy is handed his first Six Nations start as one of six Scarlets named in the 23-man squad to take on England in round three of the Guinness Six Nations on Saturday.

Hardy impressed as a replacement in the thrilling win over Scotland at Murrayfield and gets the nod over Scarlets team-mate Gareth Davies, who is named among the replacements.

Elsewhere, British & Irish Lion Jonathan Davies returns to the starting XV after recovering from the ankle issue that forced him to miss the opening two matches of the tournament.

With Leigh Halfpenny undergoing HIA return to play protocols, Liam Williams switches to full-back, while Wyn Jones and Ken Owens retain their spots in the side.

Wales show five personnel changes to the side that saw off the Scots last time out.

Josh Adams is recalled following suspension, George North – who will become the youngest player to win his 100th Wales cap – partners Davies in midfield, while Josh Navidi comes in for Aaron Wainwright in the back row.

Head coach Wayne Pivac said: “We’ve had a great two weeks leading into this game and we are looking forward to Saturday. We continue to build and we know there is plenty left in us in terms of improvements from the opening two rounds. We are 2/2 but we want to continue to improve performance wise.

“Saturday is a great milestone for George, it is a huge achievement at his age and we are looking forward to seeing him in action.”