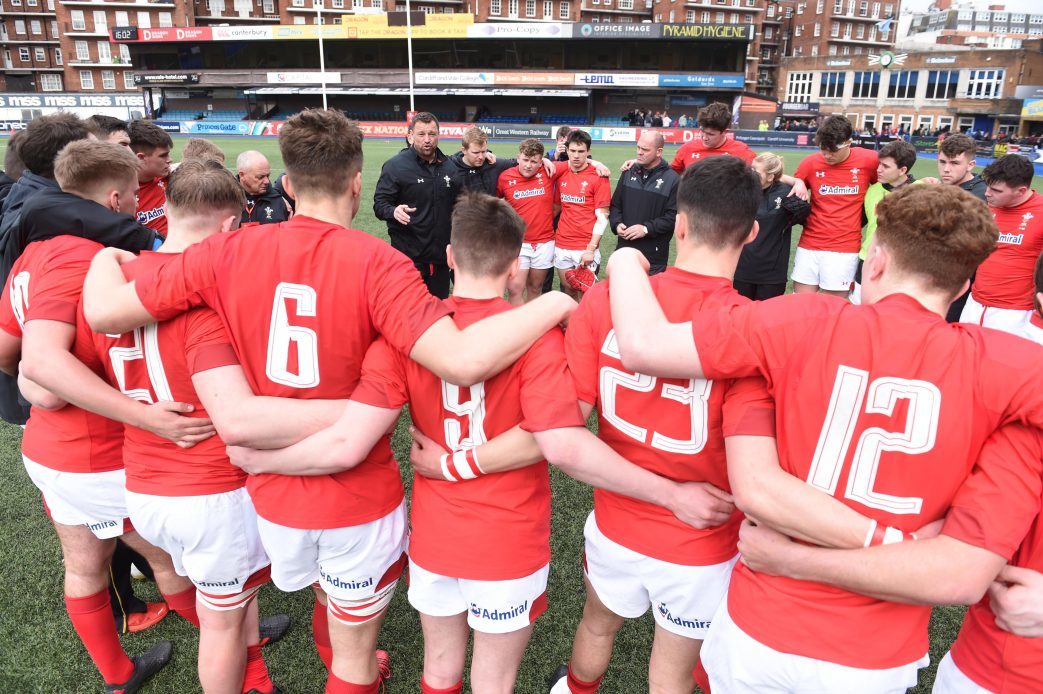 Two late tries from Scarlets star Osian Knott ensured Wales ended the inaugural U18 Six Nations Festival on a high with a second victory in their three games.

Coleg Sir Gar student, Knott, came on in the second half and made an immediate impact, scoring the try that gave Wales the lead for the first time against the tough tackling Italians and then rounding things off with a second in the final play of the game.

The Italians had proved their worth in the opening two matches with a slender 20-17 defeat to Ireland and then a win over England. Their big pack and solid defence caused Wales plenty of problems and they took the lead after only five minutes.

Wales did well to hold them up on the line, but scrum half Ratko Jelic needed no second invitation to snipe his way over from the fringe of another ruck on the home line to open the scoring. Full back Michele Peruzzo added the extras and Italy were off to a flyer.

Welsh skipper Will Griffiths appeared twice in a neat back line move to almost provide an immediate response, but the Italian defence just held firm. The young Dragons hooker wasn’t going to be denied, though, and 10 minutes after seeing his side go behind he rounded off a great handling move that started with an interception near half-way with a a try that Evan Lloyd converted.

Penalties either side of the break by Peruzzo allowed Italy to sneak into a 13-7 lead and their tough tackling and hard running was causing plenty of problems for the home side. Lloyd hauled back three points with a penalty and then replacement centre Knott dived over after great diving line-out by Wales had stretched the Italian defensive line to breaking point.

Great play by Ospreys wing Frankie Jones down the right flank then paved the way for a second Welsh try. Jones kicked deep into the Italian 22, stepped on the gas and caused his opposite number Albert Batista no end of difficulties in trying to fall on the ball.

In the end, he missed it and scrum half Dafydd Buckland was up in support to pick up the pieces and the try. Sam Costelow missed with both conversion attempts to leave the game delicately poised at 20-13.

Italy pressed hard for the score they needed to draw level and it eventually came after great forward pressure with replacement hooker Tomas Rosario crossing wide out on the right. Up stepped Paulo Garbisi to kick for a draw, but his kick missed the mark to leave Wales two points ahead.

That lead grew in the final play of the game when Italy, trying to run out of their 22, gifted a second try to Knott that this time Costelow converted.