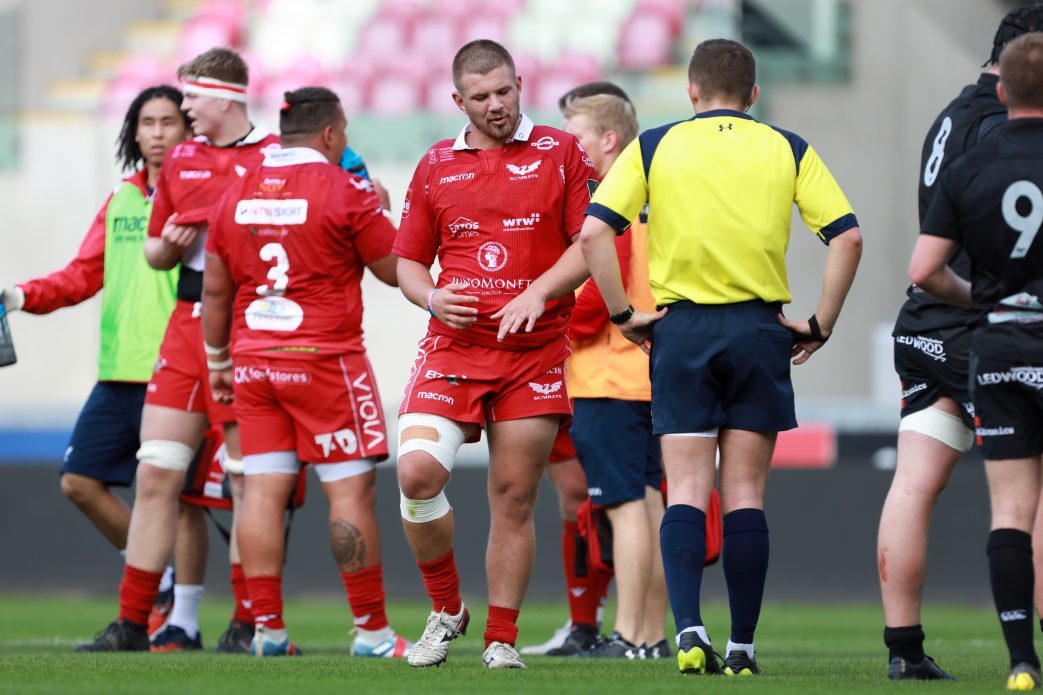 Having made the switch to switch to hooker this season, Shaun Evans is relishing the challenge of life in the front line.

Capped by Wales Under-20s in the back row, the 22-year-old Felinfoel product made the decision to join the front-row union last season.

His first appearance at hooker was off the bench for Carmarthen Quins in the Welsh Premiership at the end of the 2018-19 campaign – this term, he has had two starts in the No. 2 jersey for Scarlets A in the Celtic Cup.

Evans skippered the Scarlets A side to a convincing 55-14 win over the Ospreys Development XV at Parc y Scarlets on Saturday, driving over for the first of eight home tries.

“It was a big win for us after two defeats,” he said.

“We knew how difficult it was going to be against Leinster out in Dublin the week before, but the boys really stepped up against the Ospreys and played some great rugby. Hopefully we can keep building for the Dragons game next up.”

The victory was based on a dominant forward platform, with the home scrum a destructive weapon.

“Fair play to the boys, the scrum was huge for us; Javan (Sebastian) and Steff (Thomas) were outstanding and the boys who came on did a great job as well,” he added.

So how has life been in the front row?

“I am enjoying it, I have a lot of respect for front-rowers now!” he added.

“Wayne Pivac suggested last season that I give it a go and see if I could make the switch and I have been working on it since last season’s Celtic Cup.”

Looking ahead to Saturday’s double header at Rodney Parade, Evans added: “It should be a great day. The Dragons will be a tough challenge and we know we have to step it up again, but we’ll take a lot of confidence from this win.”

The Scarlets A take on Dragons A at Rodney Parade in the fourth round of the Celtic Cup on Saturday (1pm ko). The match will be followed by a pre-season game between the two senior sides, which will kick off at 4pm.

Adult tickets are priced £10 and unde-16s £5. Buy in advance to save on match-day ticket prices with adult ticket prices on the day £12. Go to dragonsrugby.wales to buy online or call the Dragons Ticket Office on 01633 674990.