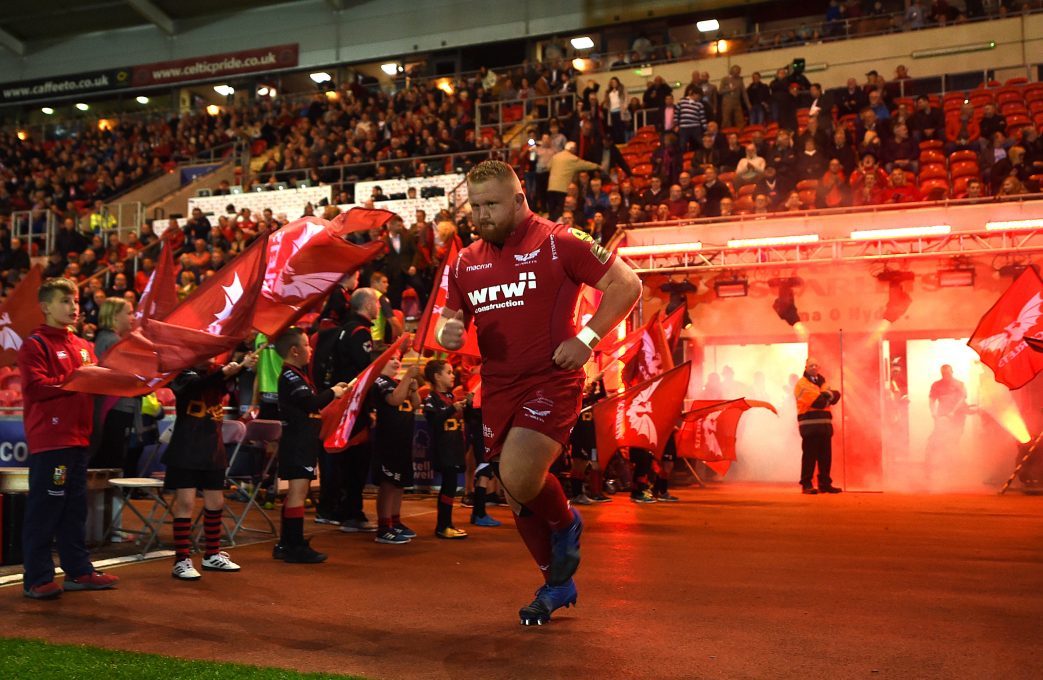 Tighthead prop Samson Lee returns to action for the Scarlets this Friday in the Welsh derby clash against Dragons Rugby at Parc y Scarlets.

Lee’s last appearance came in the European Rugby Champions Cup clash against Bath Rugby in October and is one of eleven personnel changes to the Scarlets side that secured victory over Cardiff Blues at the Arms Park on New Year’s Eve.

Head Coach Wayne Pivac has made thirteen changes to the side, two of which are positional, and Lee is one-third of a fresh front row for the derby clash with Rob Evans and Ken Owens also making a return to the starting XV.

Australian Steve Cummins and South African David Bulbring pair up in the second row with Aaron Shingler and John Barclay returning to the starting line-up alongside Sunday’s man of the match James Davies.

In the backline injuries have forced a reshuffle with Rhys Patchell moving to fullback with injuries to both Johnny Mcnicholl (shoulder) and Leigh Halfpenny (pec). Tom Prydie keeps his place on the wing with Ioan Nicholas coming in for Paul Asquith who’s unavailable due to illness.

Hadleigh Parkes moves to inside centre with Steff Hughes coming in at outside centre. Aled Davies is named at scrum half with Dan Jones taking up the fly half mantle.

Scrum half Jonathan Evans makes a return to action after suffering a high ankle sprain in the victory over Southern Kings in South Africa back in November alongside Rhys Jones and Morgan Williams.

Speaking ahead of the Guinness PRO14 clash head coach Wayne Pivac said; “These derbies have been tight affairs. We’ll be focusing on ourselves. It’s another derby and we’ve seen over the last two matches how tight they can be. That game will no doubt be another exciting game.

“We’ve done the double over the Ospreys and the Blues and the Dragons are the last Welsh team for us to play, it’ll be the first time we play them this season. It’s important for us to keep winning at home.”

All Season Ticket holders are entitled to two free tickets to the derby clash. To claim your tickets please call the ticket office on 01554 783933.

Tickets are also available from eticketing.co.uk/scarletsrugby