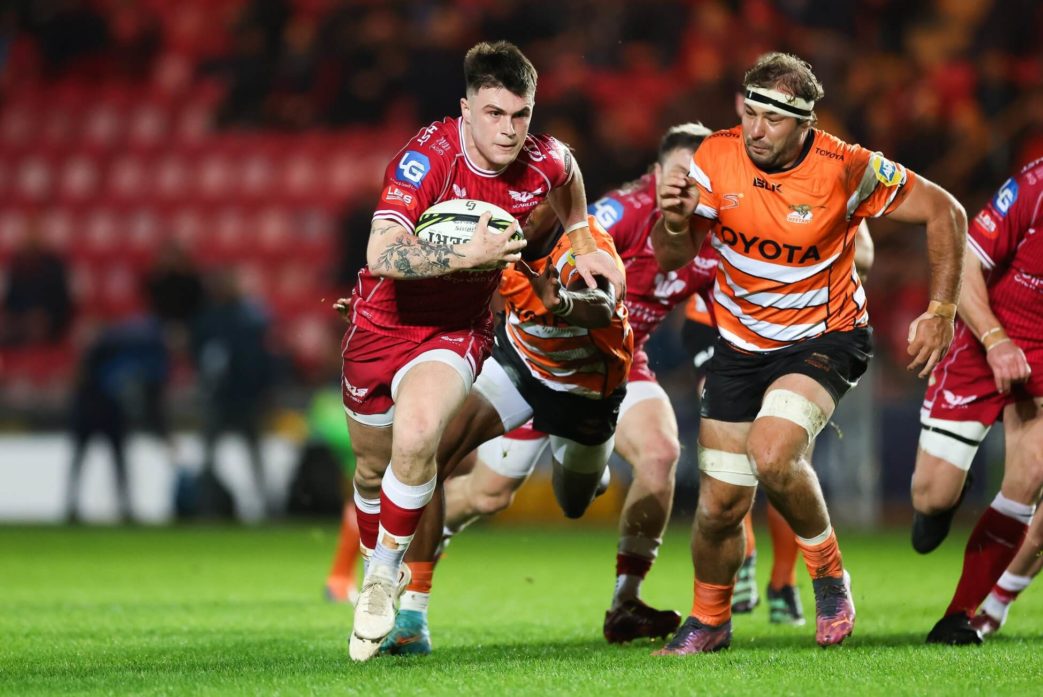 Now, the 22-year-old finds himself wearing the famous No. 13 jersey as he continues to make an impact since his return from injury.

Roberts has been a revelation since making his comeback from a long-term knee problem – so much so that his name was being thrown into the hat as a potential bolter for Warren Gatland’s Wales squad for the forthcoming Six Nations.

“I’ve missed a lot of rugby so I’m just focusing on my rugby here with the Scarlets,” said Roberts, when asked about those links with a national call.

“It’s been nice to get a consistent run of games, that is the main thing for any young player trying to break through and then it is a case of hopefully backing it up with performances.”

Having suffered a serious knee injury early in his professional career, Roberts’s progress received a further setback at the end of last season when he picked up another knee issue late on in the final match of the season against the Stormers in Llanelli.

He returned for Llanelli RFC against Swansea on Boxing Day and has literally hit the ground running since, turning heads with an inspired display in the victory over Cardiff at the Arms Park.

Hailing from Llanelli, Roberts started out playing minis rugby at New Dock Stars RFC, with his junior journey also taking in Bynea and Burry Port. He is another product of a Scarlets age-grade system that has been a consistent production line, not just for the senior team, but the national squad.

“I am from Llanelli and I’ve been coming to the games since before I remember back in Stradey. Like any young boy, you always dream of playing for your home region,” he added.

“I remember playing half-time tag here, meeting players in the barn. I’d love watching Regan King when I was younger and I had a jersey with his name on the back. After that it was Fox (Jonathan Davies) and now I am playing alongside him, which was pretty surreal at first.

“It’s nice having that experience playing inside me. Fox has been going really well as well and when he’s making the carries and doing his thing, it makes life a lot easier for me.”

For a third successive week, Roberts will line up alongside Davies as Scarlets look to make it a clean sweep in the Challenge Cup pool stages when they take on Aviron Bayonnais at the Stade Jean Dauger on Saturday lunchtime.

“We are treating it as a must-win to top our group.”