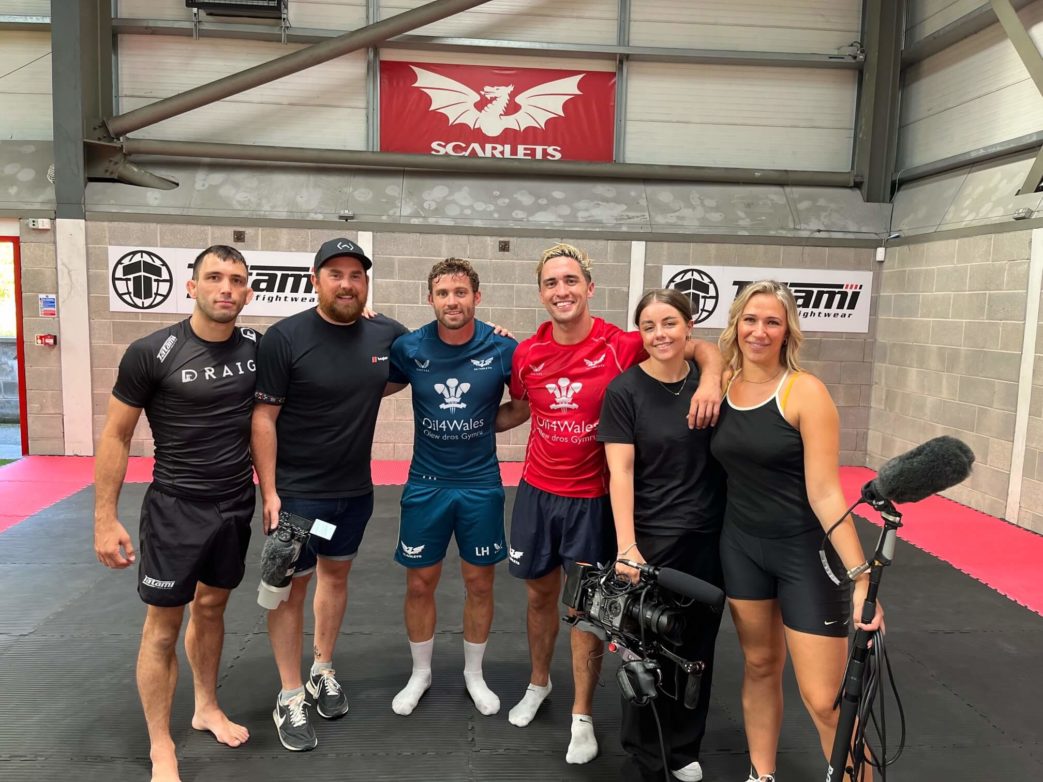 Former Ireland 7s and Love Island star Greg O’Shea joined the squad at Parc y Scarlets for a bit of pre-season training with a difference.

Greg represented Ireland at the Tokyo Olympics, but is more well known for winning ITV”s popular dating show in 2019.

As part of a series of ‘Rugby Fit’ YouTube videos in conjunction with World Rugby, Greg is visiting rugby clubs in Europe and South Africa to sample different aspects of pre-season.

He has already been to Perpignan in the South of France; was put through his paces with some beach training at Newcastle Falcons, took part in a strongman session with Edinburgh and hit the water for rowing with Ealing Trailfinders.

At Parc y Scarlets he got up close and personal with our squad in a high-intensity wrestling and grappling session.

The Scarlets have been doing these sessions twice a week for the last four weeks under the guidance of European champion Ash Williams and his fellow coaches from Swansea’s Draig club. South Wales-based Tatami Fightwear have also kindly donated a wrestling mat for use in our indoor training arena.

Greg said: “It was one of the toughest things I’ve done, I have been in rugby for 10 years but have never done any wrestling so it was a new challenge for me. I really enjoyed it, there is a great vibe amongst the Scarlets boys.”

Keep an eye out on World Rugby’s YouTube and social media channel in the coming weeks for the full video.