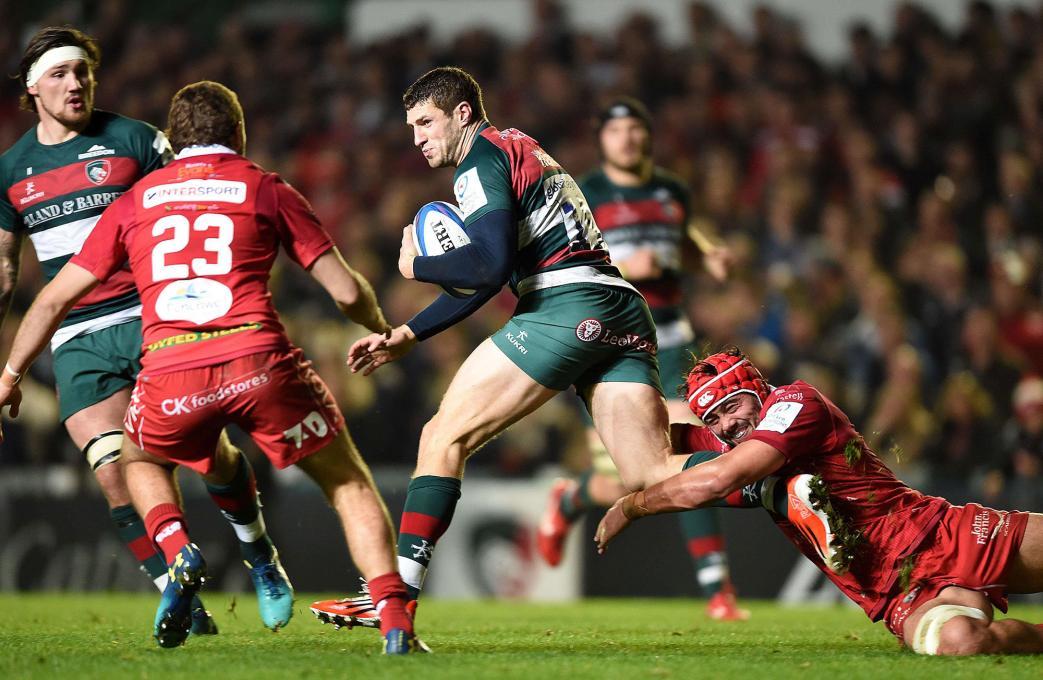 Young back row forward Josh Macleod believes that young players, like himself, have a duty and a responsibility to take the next step and perform on the biggest of stages for the Scarlets.

Having come off the replacements bench against Racing 92 at Parc y Scarlets last Saturday to make his 50thappearance for the region the 21-year-old was named in the starting XV for the second round of the Heineken Champions Cup, against Leicester Tigers at Welford Road.

Macleod is one of a number of exciting homegrown young prospects at the region including back row partner Will Boyde and hooker Ryan Elias.

Commenting on the game Macleod said; “We knew they were going to come at us with their forward pack, credit to them because at some points in the game I thought they did that really well.

“I thought we weathered the storm well, particularly in the first half, but there were a couple of errors in the second half that we just have to face up to and learn from.”

A Blade Thomson try on the hour mark put the Scarlets in the lead for the first time in the clash but it was Leicester Tigers who secured a solid final quarter to secure the victory.

“We always had confidence we’d pull it back in the second half, it was just a matter of then closing out the game but all credit to Leicester for persevering. It’s a massive disappointment,” Macleod went on to say.

“Good teams always produce and perform under pressure and we’re not a bad team after one game.”

The Scarlets were without a dozen players for the clash but Macleod added; “Injuries are never used as an excuse in this team. Boys have got to step up and perform on the biggest stage. Youngsters coming through, like myself, need to step up and fill the massive boots that have been left behind.”