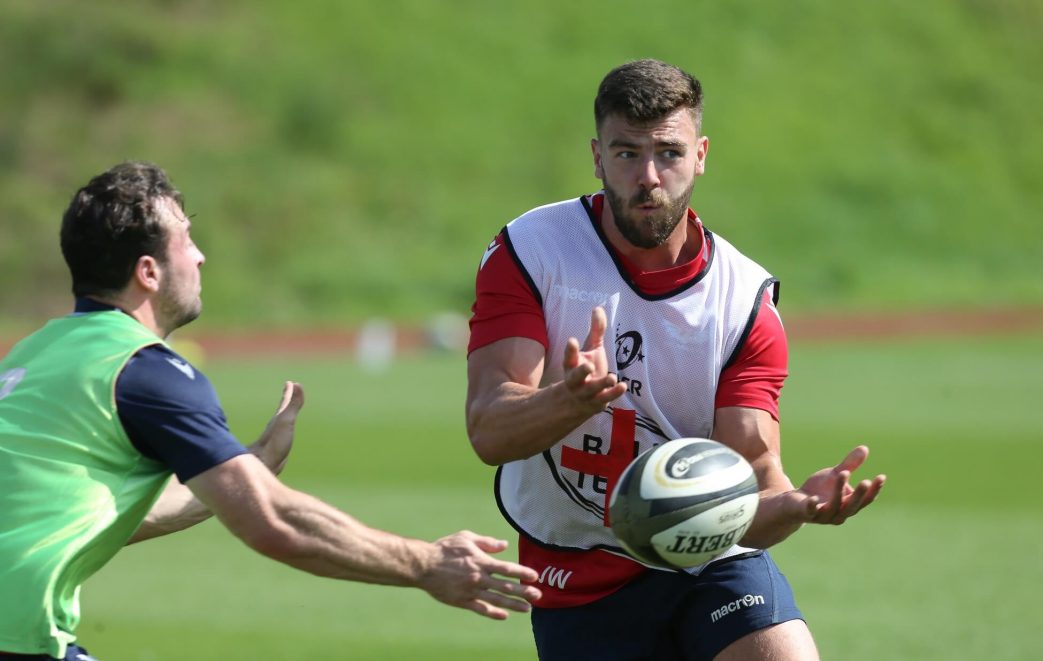 Here is what he had to say …

What are your thoughts on the Lions performance?

DP: “It was definitely a step forward from Edinburgh, which was pleasing. We weren’t where we want to be and it wasn’t the finished article, but it was definitely a step in the right direction. We talked after the Edinburgh game how we want to play and there were some nice touches. I thought we left a few tries out there and weren’t as clinical as we could have been, but it was a definite improvement, as it was defensively. We looked comfortable in our sets and showed real hunger and determination in their 22 to keep them out.”

DP: “Shings is showing good signs of improvement. He’s up and about, he trained on Tuesday which is great news, he was very sore post-Edinburgh with his back, but he has been very diligent and managed to turn it around quickly. Sam Lousi has a knee issue which we are managing. We will see where he is towards the end of the week. There is still a possibility both will be involved this week. Johnny Williams is back in training and available for selection; Josh Macleod will be a week or two; Patch is in his return to running. There is no date on Patch, but I can’t imagine it will be overly long, it is good to see him on the training field.”

Will your Lions contingent be involved this weekend?

DP: “Three will be available. Liam Williams has come down with appendicitis and he has had an operation to have his appendix removed. He is back in the club, it is just unfortunate timing for him and for us that he’ll be out for this block of games.”

What did you make of Munster last weekend?

DP: “It was typical Munster, they could have been 20 points behind in the first half because the Stormers played some great stuff. Munster managed to dig in, get a try before half-time and relied on their power game to score tries and get the win in the end. We are expecting a physical battle, they will be buoyant coming here and ready to come after us physically. That is the challenge for us, we respect that and know it is a step up in intensity this week.”

What is the challenge of playing Munster?

DP: “They are an 80-minute team and rarely get pumped – it is important we match that intensity for the whole game. Munster won’t go away and that is a focus for us. Many a side would have been beaten in that first half after coming under that type of pressure. We also have to cut out the errors and improve our indiscipline from last weekend. If that happens again, Munster will put the ball in our 22 and we will be defending all day.”