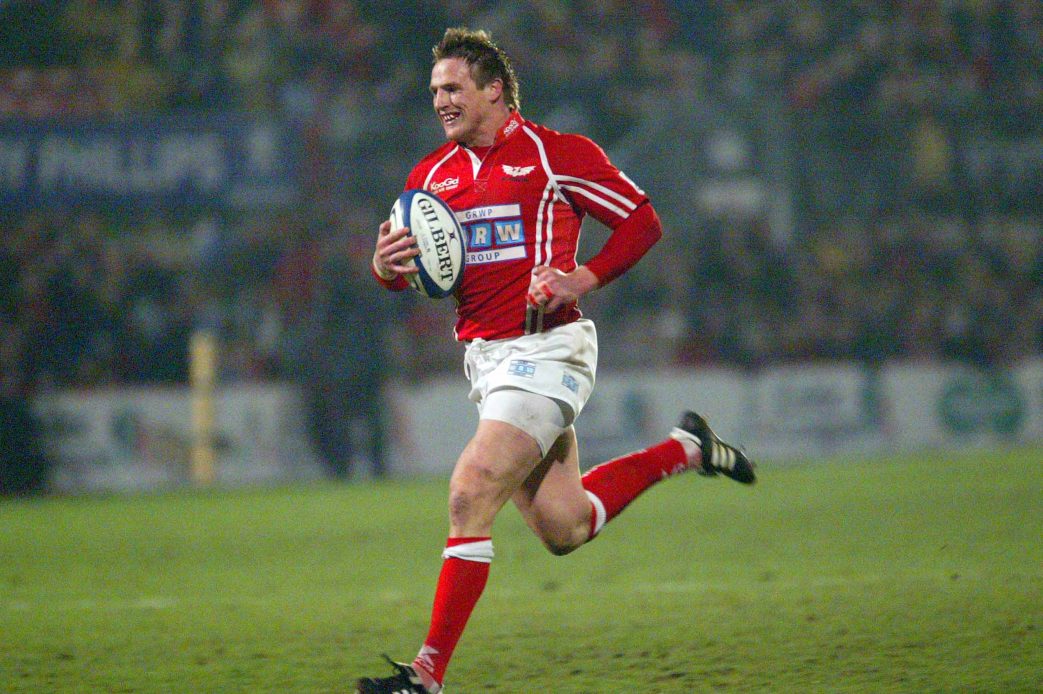 Friends of the late Matthew J. Watkins will this Saturday celebrate what would have been the former Wales centre’s 43rd birthday weekend with a bike-riding fundraiser for Velindre Cancer Centre.

The group will cycle 150km in a single day, visiting some of the rugby grounds that had such a positive impact on Watkins’s life. Starting at Parc y Scarlets, home of the team which Watkins helped claim the 2003/04 Celtic League title, they will ride eastward to Principality Stadium – where the man known as ‘MJ’ made nine of his 18 Wales appearances, including a notable win against the Wallabies in 2005.

From the capital city, they will travel to Newport and Rodney Parade, where in 2018 Watkins was inducted into the Hall of Fame. The next part of the journey will take them up into the Sirhowy Valley where it all began for the much-loved player, with a ride past Pontllanfraith RFC before finishing at Oakdale RFC,  where Watkins spent many hours coaching his sons, Sior and Tal, and their team.

A statement on Velindre’s The Matthew J. Watkins Tribute Fund page reads: “‘MJ’ inspired so many people over his life and his legacy continues to do the same. A larger than life character that left a lasting impression on everyone he met. A great family man. A true friend to many. Someone that is sorely missed. As most of you are aware, just over a year ago, our friend lost his long fight to cancer. The loss has affected us all greatly.

“Over the last seven years of his life, MJ has inspired so many friends and family to take up a charitable cause and in particular the support for Velindre Cancer Centre. Over the last few years we were lucky enough to experience some life-changing experiences and meet some truly inspirational people and we have MJ to thank for this.”

Contributions to the group’s efforts towards the Matthew J. Watkins Tribute Fund can be made here.