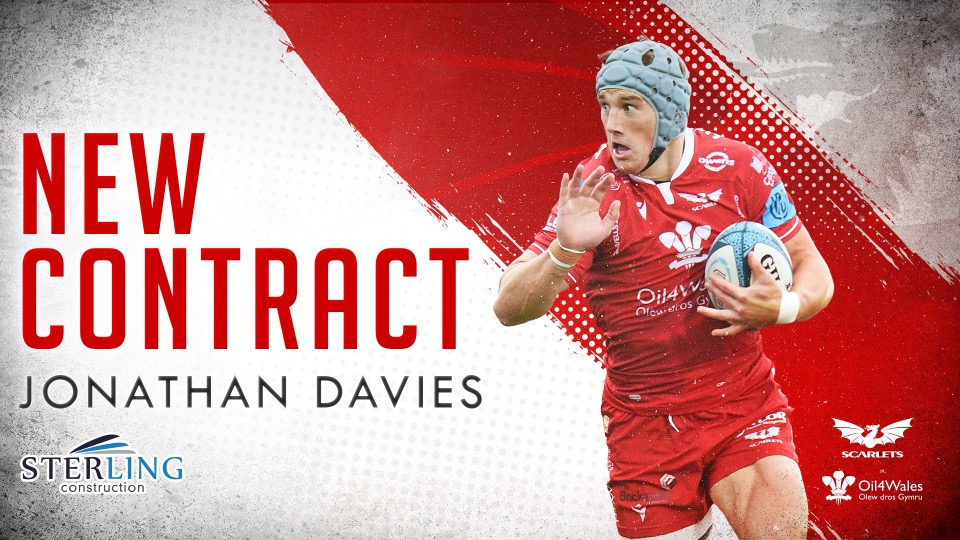 Captain Jonathan Davies has signed a new contract committing his future to the Scarlets.

The Wales and British & Irish Lions centre is one of the most decorated players in the club’s proud history.

He has made 180 appearances in a Scarlets jersey, scoring 51 tries, and was a key player in the side’s Guinness PRO12 title win in 2017.

Popularly known as ‘Foxy’, Davies took over the Scarlets’ captaincy this season and has joined an elite band of international players to have made 100 Test appearances.

He said: “There is a strong environment here at the moment, the competition for places is good, the standard of training is great and there is an ambition to be up there competing for trophies again. It is a good place to be.

“Wearing the Scarlets jersey means a huge amount to me, I grew up here in the region, supported the club as a youngster and came through the Academy and it has been a privilege to captain the side.

“It has been a challenging season for a number of reasons, but we have two big games left and are still in the hunt for a play-off spot and to finish top for the Welsh Shield and qualify for the Champions Cup, which is always important to everyone here.

“We have a healthy crop of youngsters here who can put the Scarlets in a good place moving forward and that competition is pushing everyone to raise standards across the board. I am looking forward to being part of that over the coming years.”

Scarlets head coach Dwayne Peel said: “Jon is a word-class player, who has played at the highest level of the game. He has been excellent this year in terms of his leadership and has shown what playing for the Scarlets means to him.

“I feel he has gone up a level again since coming back to us after the Six Nations and is playing his best rugby for a while.

“He is a player who sets high standards and demands high standards within the camp and a great role model for the young players we have coming through here. It is fantastic news he has signed a new contract as we look to grow as a group.”