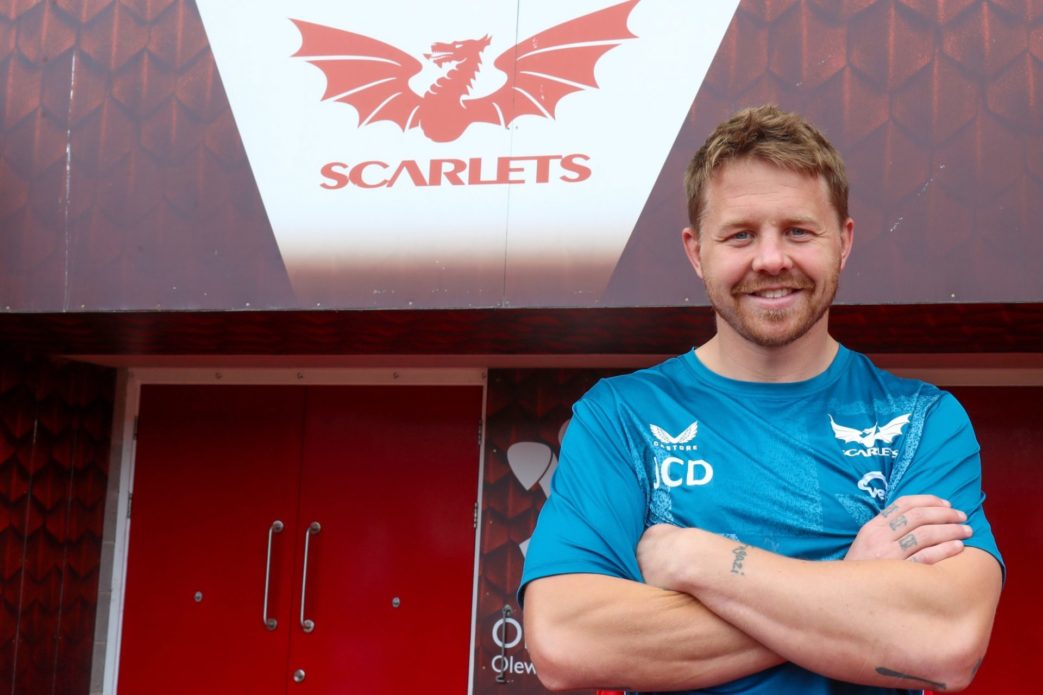 As part of an increased investment in the Scarlets’ support team, former back-rower James Davies has been appointed as the club’s Recruitment and Operations Officer.

Davies, who retired from playing at the end of last season, has taken on the role this summer, working alongside Director and General Manager of Rugby Jon Daniels.

Jon Daniels explained: “It is great to have someone of Cubby’s experience and calibre as part of our off-field operations.

“There are two key elements of this role – one is to be the main interface with agents and to develop relationships, because as a club, we want to be the one of choice for their client.

“The role is also to facilitate the internal processes of succession planning and identifying retention and recruitment targets. Ultimately, Dwayne and myself will have the final say on that, but it is a critical process in the business and it needs somebody to facilitate it effectively.

“If you look at football, there will be teams of people doing this and we will be challenging Cubby to get out there to improve on our processes to make sure we remain sector leading.”

Davies made more than a century of appearances for the Scarlets in an illustrious playing career that saw him win 11 Wales caps and represent Team GB at the 2016 Rio Olympics. He has a Business degree from Bristol University and has worked as an executive member of the Welsh Rugby Players Association.

“If you think of his playing career, he knows what the Academy is all about, but came through a different route, he came through a semi-pro route. He played sevens and ended up winning a PRO12 championship and playing internationally at sevens and 15-a-side. That is a fairly broad experience to be able to draw on when looking at a role like this.

“Even before his time recovering from injury, he always had an interest in this side of the game, but when he was injured we were able to talk about the specifics and it piqued his interest. It also showed me how much of an asset he could be to the business.”

James Davies said: “It is an exciting role to be involved in. Scarlets means a huge amount to me and I am looking forward to working with Jon and Dwayne to help the club achieve their ambitions.”

The Scarlets would also like to thank Dr Huw Evans who is stepping down from his position as lead doctor. Huw led us through the Covid-19 pandemic while also carrying out his duties as a consultant with the NHS. He will be replaced by Dr Craig Dyson.

In further appointments, the Scarlets have brought in Non Dingle as Sport Scientist and Martin Turner, who will be providing performance psychology services.