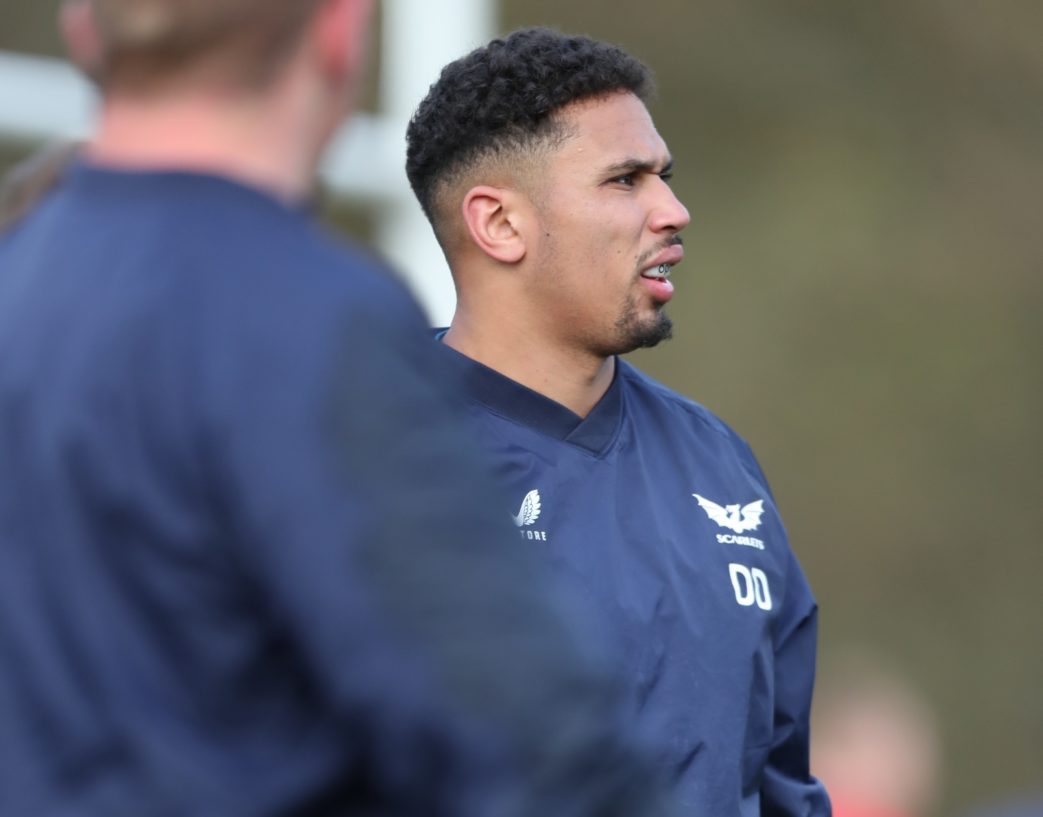 Scarlets flanker Dan Davis is relishing another opportunity to shine in the Scarlets back-row ahead of Friday’s EPCR Challenge Cup round three clash with Toyota Cheetahs in Llanelli (8pm kick-off).

Davis has been outstanding in the recent Welsh derby victories over the Dragons and Cardiff which have kicked off an encouraging 2023 for the West Walians.

And as attention turns to the visit of the Bloemfontein-based Cheetahs to Parc y Scarlets, Davis is hoping he and his team-mates can maintain the confidence and momentum by taking a massive step towards the knockout stages of the competition.

The 24-year-old openside said: “It has been a good start to the New Year getting the two wins and there was a great feeling after the game in Cardiff on Saturday. We were really pleased, but we have another big game this week so it’s all focus on Friday night.

“We are pretty frustrated with how the first half of the season has gone. We have put a lot of focus on ourselves and it is starting to pay off and we are getting some momentum now.

“It is about taking that momentum from the last two games into the Challenge Cup and really throwing a statement down. These next two games (against Cheetahs and Bayonne) are massive for us.”

He added: “I have had a tough slog with injuries over the past couple of seasons. For me it is about taking every opportunity, hopefully getting a run of games and performing for the team.”

On the challenge of a Cheetahs side that the Scarlets beat 45-26 in Parma in December, Davis, who started against the Stormers and Lions in the autumn, added: “Across the board the South African sides are very physical. It is about matching that physicality, putting on a performance for the fans and keeping the momentum going.”