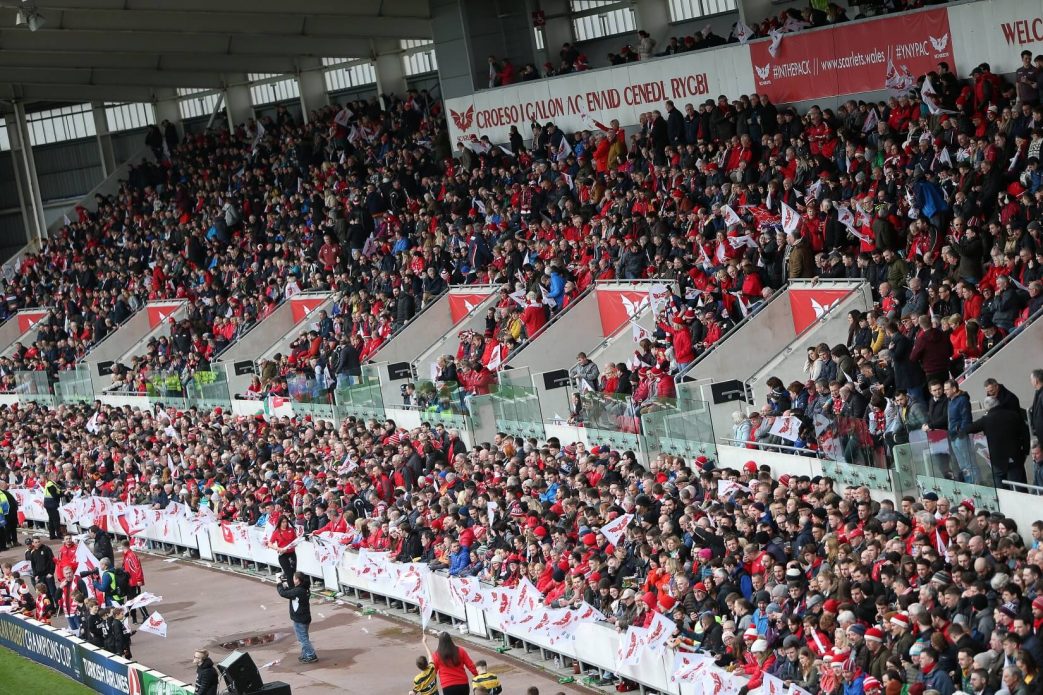 We are writing as executives and senior representatives of rugby, cricket, horse racing and football – the elite stadium sports in Wales.

Sport is a fundamental part of life in Wales. It puts our nation on the global stage and provides communities across Wales with a sense of belonging and identity. We form part of an industry that employs thousands of people across the country, our contribution to the Welsh economy, employment and well-being is significant, but this is now at risk.

We urge Welsh Government to reconsider its approach to the socially distanced return of fans to our sports grounds by embracing the current Sports Grounds Safety Authority (SGSA) guidance known as “SGO2” and withdraw the variant “SG02W” which has been requested by Welsh Government.

On Monday 30th November, an in-person and virtual meeting was held at Cardiff City Stadium to consider the socially distanced return of fans to our stadia. It was attended by Welsh Government and representatives from WRU, FAW, the Welsh regions, Glamorgan cricket, horse racing and Welsh professional football clubs as well as SGSA, EFL and SAG.

The meeting noted the publication of the SGSA guidance known as SG02, which is generally based on a social distance of one metre plus mitigations. The SGO2 guidance was issued following extensive consultation, it has underpinned the detailed planning for the return of fans to English stadia from 2nd December, and indeed has been widely acclaimed and shared by the SGSA with countries around the world.

Taking a more cautious approach, the Welsh Government asked the SGSA to prepare a version of SG02 based on a social distance of two metres. A draft (SG02W) has been received and circulated, but not published. We as a group of national governing bodies and senior clubs urge that this draft be withdrawn and that the Welsh government also embrace the highly regarded SG02 version and subsequently allow test events to be run using this guidance with events taking place as soon as possible.

We say this because while SG02 reduces expected attendances to between 25% and 35% of capacity depending on concourse densities and stadium layouts. The Welsh version would further reduce capacity to under 10% a level which in effect closes our businesses to the public indefinitely.

At the meeting, all sporting organisations were extremely disappointed by the lack of prior consultation and the entrenched position adopted by Welsh Government officials during the meeting left us full of concern. The situation is grave; the lack of a clear roadmap for the return of spectators in Wales poses the real risk of bankruptcy for our sports.

We manage highly regulated stadia, which are overseen by the SGSA who issue our licenses and Safety certificates in conjunction with our respective Safety Advisory Groups (which includes local authority, building control and the emergency services). We respect the need to return when it is safe to do so and acknowledge the need to follow science, yet highlight the reluctance of Welsh Government to look at a “managed and engineered solution” not present in the retail, construction, transport or hospitality sectors. SG02W will be a significant roadblock that does not offer us a pragmatic or sustainable solution and believe in order to move forward it is essential to have a transparent and collaborative approach with Welsh Government combined with Public Health Wales. This will ensure as a collective, we are able to produce a clear roadmap for meaningful pilot test events and the safe return of fans to sporting grounds and events.

You will also be very conscious that Welsh sports fans are watching what is happening over the border. The clamour for the return of fans to supporting their clubs and national teams can only now continue to increase as the governing bodies and sports clubs suffer without direction or a viable road map in a time when their finances are crumbling before them.

For a nation that is small in size, Wales punches well above its weight in sporting terms; we want to work with Welsh Government to ensure the survival of our people, clubs, businesses and the future of sport in Wales.

So, as we stated at the beginning of this letter, we call on Welsh Government to withdraw SG02W and embrace the published SGSA guidance SG02, commit to transparency on the science and a collaborative approach between the sporting bodies, senior clubs, Public Health Wales and Welsh Government in order to provide a clear roadmap for meaningful pilot test events and the safe return of fans to sports grounds.

For and on behalf of