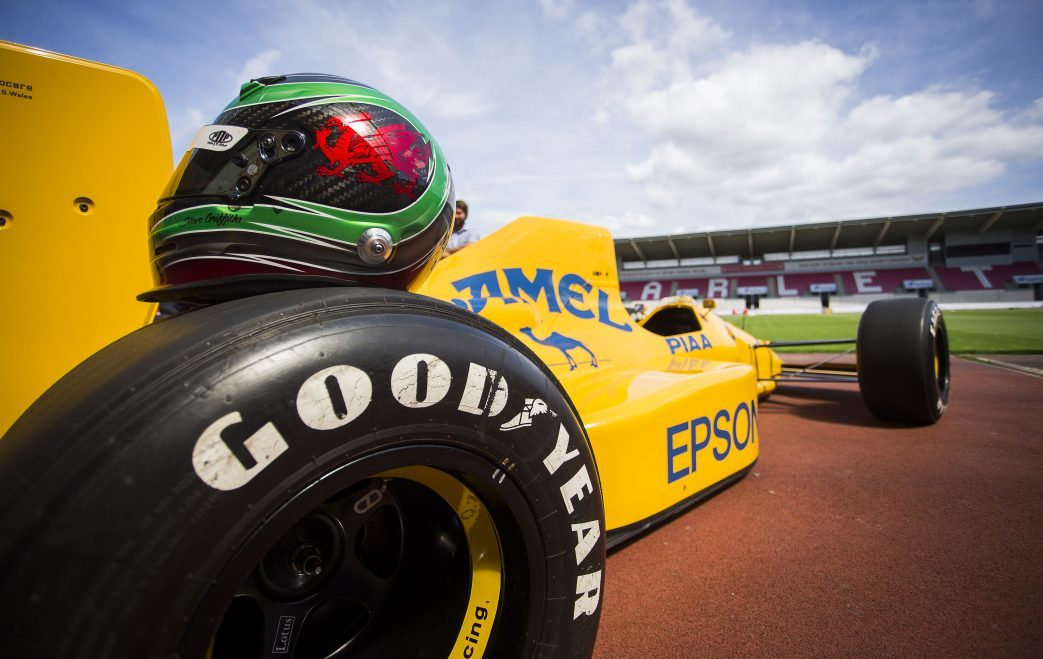 A spectacular fusion of rugby union and the very best of British Motorsport; the biggest and the most extravagant motorsport celebration that South Wales has ever seen.

The first time ever that a motorsport event will have been run, in a rugby union stadium, anywhere in the world!

Parc y Scarlets will make history next June when rugby and motorsport collides in spectacular fashion hosting the inaugural Superprix of Wales event.

The event will include a selection of machinery including, GT cars from the 24 Hours of Le Mans, historic F1 cars through to the latest F1 machinery, and even cars from Formula E, the Fia series for electric race cars.

There will be cars here from the British Touring Cars, the country’s premier race championship, rally cars past and present, and the spectacular rally cross cars being raced today.

Champions past and present will be present at the event, to be held on 7th to 9th June 2019 as well as three championship winning Welsh drivers, who were present at the press launch at the Parc today, Wednesday 25th July.

Cameron Davies from Llandovery, is now competing in European, and World championship rallying events. Cameron joined me in the British Sports 2000 series, to try his hand at circuit racing in 2015, and in his first season, he was Rookie of the year, and had numerous podium finishes.

Brett Smith is again another up and coming, and very talented young driver. He lives in Swansea, where he went to university, and was very successful racing in the UK mini series, before stepping up to the elite British Touring Championships, where he now competes.

Finally, we have the evergreen Steve Griffith, from Newport has kept going, and even now he’s leading his class, and is second overall in this years British Open Sports car championship.

For a bit of fun he also regularly demonstrates his 1989 lotus F1 car, which he brought along to the event.

The entire event will be action packed from start to finish, it will give some people the chance of passenger rides, and we will be joined by a variety of sports celebrities, from the worlds of rugby union and motor racing.

South Wales will never have seen anything like it before.