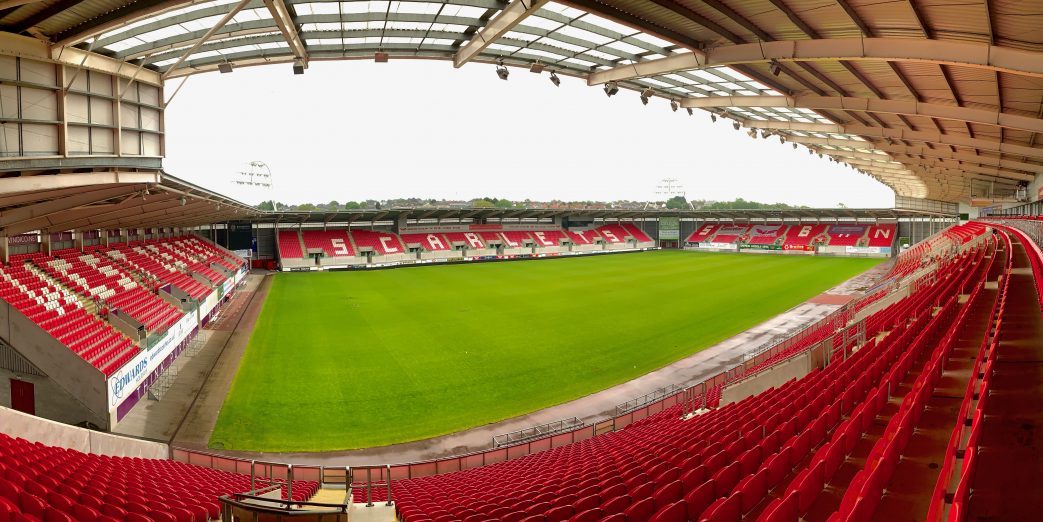 Parc y Scarlets is to host its first senior rugby internationals after being confirmed as the venue for Wales’ rescheduled Guinness Six Nations meeting with Scotland and first home Autumn Nations Cup clash with Georgia.

The matches will take place on Saturday, October 31 (Scotland) and Saturday, November 21 (Georgia).

The Welsh Rugby Union are anticipating that both games will be played behind closed doors, although they are open to exploring whether either game could serve as a test event for crowds should current government guidelines change.

Opened in 2008, Parc y Scarlets has hosted Wales football internationals, Wales U20s Six Nations games, a UEFA women’s football tournament, a Football Association Wales cup final and numerous concerts and events, but this will be the first time that the Wales rugby team has headed west to Llanelli since they played Argentina at Stradey Park in 1998.

The Parc will be a home from home for former Scarlets coaches Wayne Pivac and his assistants Stephen Jones and Byron Hayward as they look to build towards next year’s Six Nations.

Chief operating officer Phil Morgan said: “We are delighted to have the opportunity to host  these Wales international at Parc y Scarlets. We are hugely proud of the facilities we have here at the Parc and the events we have been able to host over the years. We are looking forward to welcoming Wayne and the team here.”

The Welsh Rugby Union still has options in place to play the two remaining Autumn Nations Cup matches – against England on November 28 and the Play-Off Final fixture on December 5 –  in London, in order to maximise potential revenue.

“We have taken the call to play our first two home matches this autumn in Wales,” said WRU CEO Steve Phillips.

“Given how vital Wales games are to the funding of our sport, it was only right that every option was explored.

“Obviously more important than that is the health of supporters, players and the nation as a whole and so, whilst making contingency plans, we have of course been conscious of following government advice closely every step of the way.

“We anticipate the two games will take place behind closed doors, however, if the ‘big picture’ changes, we would be open to exploring whether either game could serve as a test event for crowds.”

No games this year can be played at Principality Stadium in Cardiff as this venue is still in use as the Dragons Heart Hospital. However, if future Government health and safety guidance allows for some supporters, the Union has not ruled out taking two of its matches on the road.

“We hope that supporters will understand that we are duty bound to continue to explore all options before making a final call with respect to England and the Autumn Nations Cup final match,” Phillips continued.

“We are hopeful that it will be deemed safe for at least some, perhaps socially distanced and restricted, crowds to attend these matches and also remain open to the prospect of using the Parc y Scarlets fixtures as test events with limited attendances if possible.

“Whilst it is disappointing to play these matches without supporters we would like to thank all of those who follow, support and participate in Welsh rugby and our partners for their patience during these hugely challenging times.”

Viewers will be able to watch Wales’s three Autumn Nations Cup pool matches, against Ireland, Georgia and England, and their fourth game on the Finals weekend, live on the Welsh language free-to-air channel, after the broadcaster reached an agreement with Six Nations Rugby Ltd.

Live online and on demand on s4c.cymru and by using the S4C Clic app for iOS and Google Play.
Viewers across the UK can also watch S4C on BBC iPlayer, tvcatchup.com, tvplayer.com and YouView