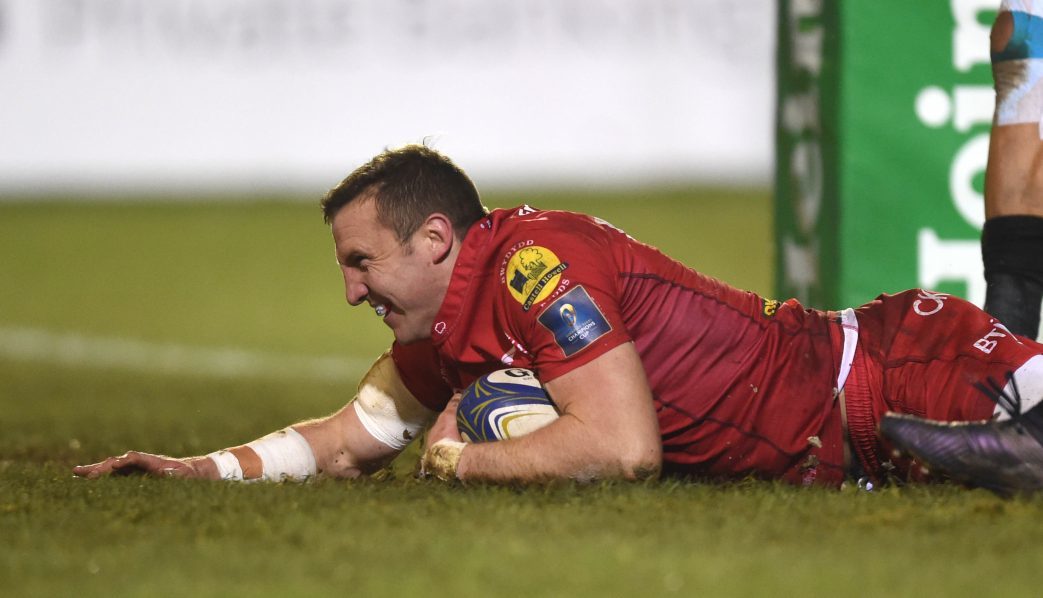 We are delighted to confirm that Scarlets and Wales centre Hadleigh Parkes has put pen to paper on a new contract.

Parkes, 30, joined the Scarlets in December 2014 making his regional debut from the replacements bench against Ulster at Parc y Scarlets.

With the ability to play at both centre and wing Parkes quickly went on to become a mainstay of the squad and played every minute of every Guinness PRO12 and European Rugby Champions Cup games in 2015-16 season.

Strong leadership qualities have seen Parkes lead the Scarlets on numerous occasions in the absence of club captain Ken Owens.

He has made 93 appearances for the region to date, scoring twelve tries.

Parkes went on to win his first international cap on Saturday 2nd December 2017, against South Africa, after being called in to the Welsh squad for the Autumn Series.

Commenting on the news head coach Wayne Pivac; “I’m delighted that Hadleigh has decided to extend his stay with us here at the Scarlets.

“He has been a very consistent player since joining us and contributes massively both on and off the field. He showed great leadership qualities during the international periods prior to being selected himself.

“We’re pleased to now see him showing what he can do on an international level aswell.”

Hadleigh Parkes said; “It has been an amazing three and a half years since joining the Scarlets and I’m really pleased to have signed a new contract for the next few years.

“I’m really enjoying my rugby and get to come to work with a great bunch of boys and a good management team.

“We have an exciting few months ahead of us, starting this Friday against La Rochelle in the European Rugby Champions Cup quarter-final, and I’m really looking forward to what the future holds.”