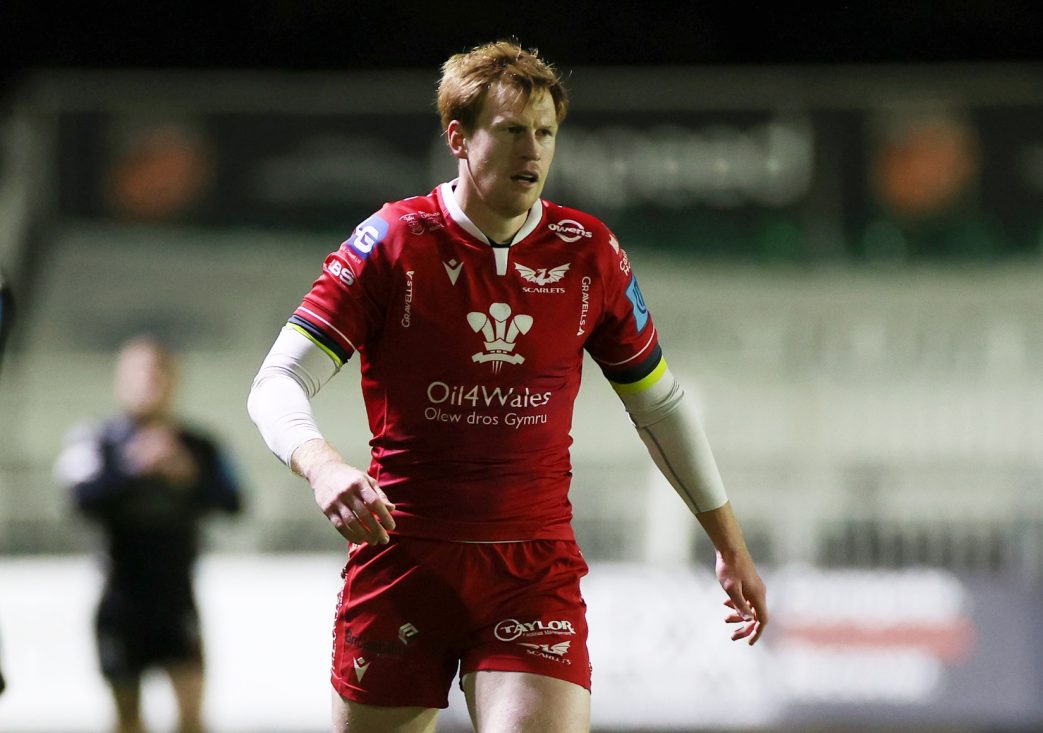 Rhys Patchell has spoken of his delight at getting “off the mark” after making his return from injury in the Scarlets’ Development side’s win over Dragons A on Friday night.

Patchell, making his first appearance in more than a year, played 60 minutes at Rodney Parade, delivering two trademark cross-kicks for both Ryan Conbeer tries either side of half-time.

“It was good. It was nice to play, it was nice to be a rugby player again,” said the fly-half after the 29-10 victory.

“I just sat there and managed a couple of minutes to myself when I came off the field, thinking ‘Yeah, great, happy, you’re back’. Not back in terms of performance but back in terms of first one under the belt and up and running again.

“Boys who have a period out of the game – Ellis Jenkins and Gareth Anscombe – have probably talked about that when they’ve come back from their injuries you appreciate the drive-in and the pre-match nerves that little bit more than you might have done when playing every week and your body was robust.

“The body felt a bit sore but it’s good. I’m pleased I got that much time under the belt.

“I probably wasn’t running the best by the end of the 60 minutes, but I’m off the mark and that’s the key. It’s something to build on.

“We will see what the coaches want to do with selection next week.”

Reflecting on the win, which saw Scarlets blood a host of academy prospects, the Wales international added: “It was good, there were some young boys wearing the jersey for the first time and we played some good stuff. There were things to work on, but when we review the game I’m sure there will be plenty to be positive about.”