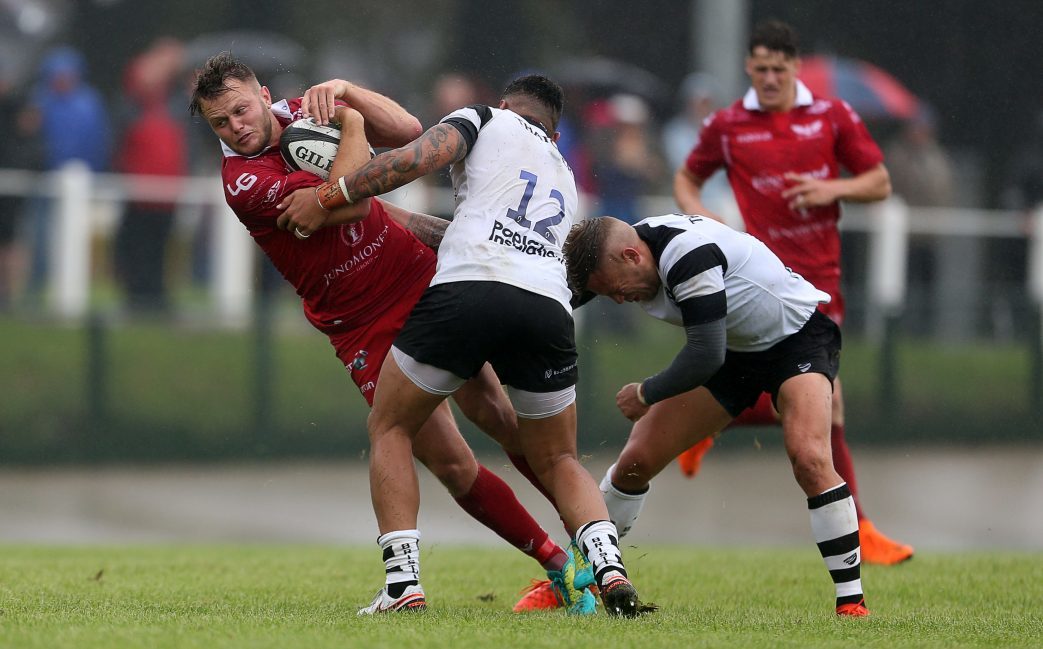 Scarlets head to the West coast of Ireland to take on Connacht on Saturday evening in the fourth round of the Guinness PRO14.

Head Coach Wayne Pivac has been able to call on the expertise of outside half Rhys Patchell as he makes a return to the field, having suffered a concussion in the clash against Leinster at Parc y Scarlets in round 2.

Loose forward Lewis Rawlins comes in to the forwards pack alongside Ed Kennedy and Blade Thomson in the backrow.

South African import Uzair Cassiem makes a return from a calf injury, sustained during the pre-season friendly against Bath, and takes his place on the replacements bench looking to make his competitive debut for the Scarlets.

Reflecting on the first three rounds of the competition head coach Wayne Pivac said; “We set a target, we wanted to be around the ten point mark in the first three games and we’ve picked up ten. It could have easily been thirteen. We’re reasonably comfortable. We’ve said from day one that we wouldn’t be hitting our straps early in the season because of the time we gave the boys off and staggered return. The fluency in our game hasn’t quite been there but it’s about winning points and gathering momentum. Winning builds momentum.”

Looking ahead to Saturday’s clash against Connacht he went on to say; “We have abig game this weekend away from home. It would really set our season up if we could get a win away in Connacht, which isn’t an easy place to go so we’re really looking forward to this weekend.

“Last week was pleasing to get the five points but obviously a lot of work to do. We didn’t have the best of performances. It was disappointing from our point of view that we didn’t back up that Leinster performance the way we wanted to but we were still good enough to score 38 points.”

Scarlets team to take on Connacht, at the Sportsground, Saturday 22ndSeptember, kick-off 17:15;