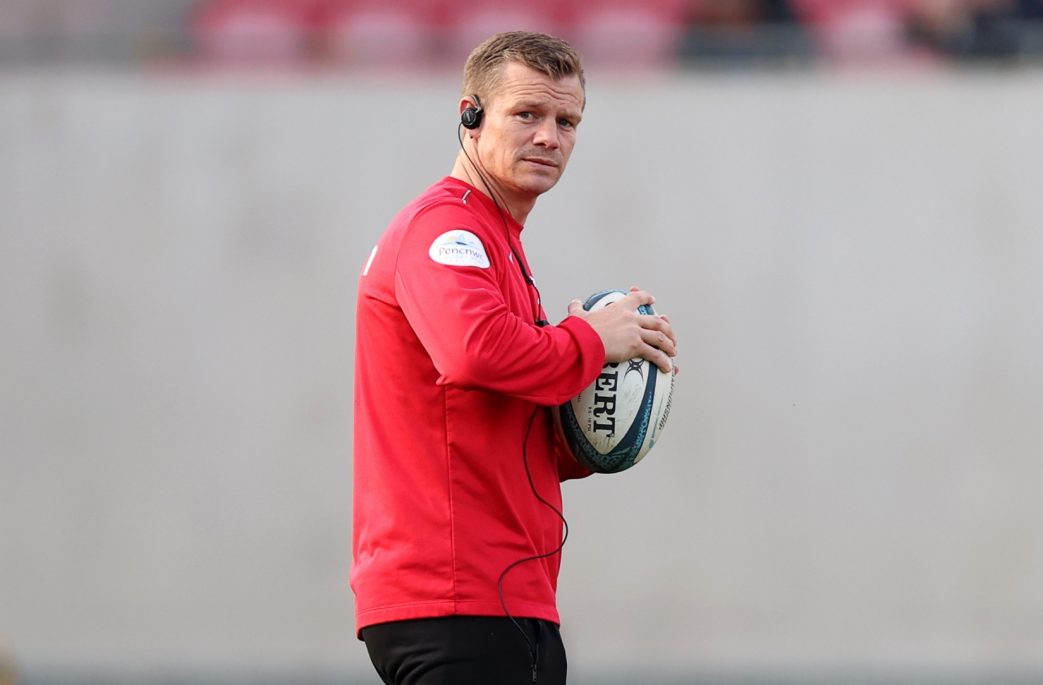 Head coach Dwayne Peel admitted his side lacked the accuracy to close the game out in the final quarter as the Scarlets’ winning run was ended by the Dragons at Parc y Scarlets.

Targeting a fourth successive bonus-point victory, Scarlets led 27-21 going into the final seven minutes, only for the visitors to turn the game on its head late on and win 38-27.

“Obviously it is a disappointing loss, we battled to get into the game after being down to 13 men early on and and the try before half-time was a good one. At 27-21 we felt we were on top and the honest truth was we weren’t accurate in the big moments,” said Peel.

“I didn’t think we were great with the ball in the second half, we kicked a lot and there was a lot of scrappy play. In that final 20 minutes or so we were inaccurate when we haven’t been inaccurate in previous games, we have been quite clinical.

“We lost three players to HIAs, that disrupted the team, but we weren’t good enough to close the game out. Fair play to the Dragons, they had a game-plan coming here and managed to disrupt us and disrupt our flow of play and took advantage towards the end.”

The defeat makes qualifying for the top eight of the URC a lot tougher with three matches remaining – the return against Dragons in Newport on Saturday, an away derby against the Ospreys and then the visit of the DHL Stormers to Parc y Scarlets on the final weekend of the season.

Peel added: “It is a blow, obviously, but there are still three games to go for us and we will go hard for those three games. We have to reflect and get better for next week and that is what we will do.”

As well as the HIAs to Joe Roberts, Sam Costelow and Blade Thomson, Scarlets will assess injuries to Sam Lousi (knee), who was withdrawn before kick-off, and Wales international Liam Williams (hamstring).