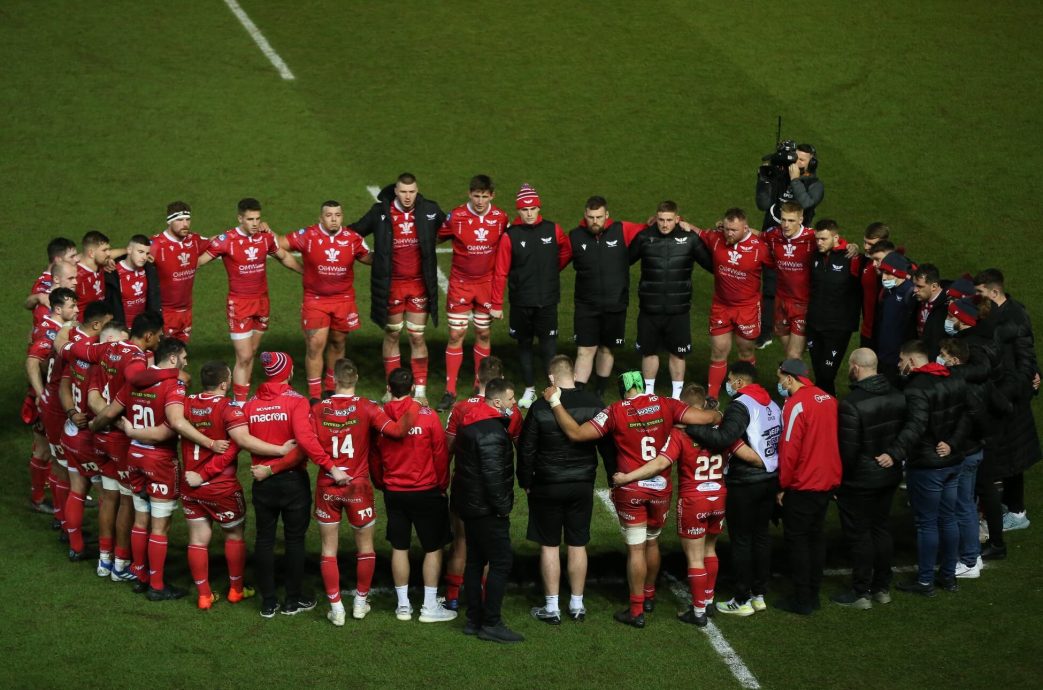 Head coach Dwayne Peel admitted his side gave away too many ‘easy’ points as he reflected on Scarlets’ 52-21 defeat to Bristol Bears in round four of the Heineken Champions Cup.

For an hour, Scarlets went toe to toe with the Bears in a pulsating, free-running contest, but the visitors pulled away in the final quarter to win in style.

“We gave away points throughout the night too easily; a lost kick-off, missed tackle or poor exit, you can’t afford to do that against a side of the quality of Bristol.” said Peel.

“That is the message we have given the boys. We can’t afford to give points away easily after we have worked hard for our points.

“I am sure when we look back, there will be stuff that will be better. I felt we fired shots and went after them with ball in hand. We played some good stuff and were aggressive in defence at times, but we could not sustain it. For 60 minutes we were pretty competitive, but it is an 80-minute game – 31 points in the last 20 minutes is tough reading for us.”

The match saw No. 8 Carwyn Tuipulotu make his first European start, while Shaun Evans and Iestyn Rees also made their first appearances in the competition.

Peel added: “I thought some of our carrying up front in that first half was good, it was Carwyn’s first start this season and he has got plenty of growth in him. I also thought Ryan Conbeer was excellent, very dangerous.”

Asked if he felt the lack of regular rugby has played a part over these last two rounds of European action, Peel continued: “The lack of rugby is definitely a concern for everyone, especially when you play at this level. We have a number of injuries as well, especially in the back five of the scrum, but we have to get on with it.”

With their interest in Europe over for the season, Scarlets will now refocus on the URC and an away clash with Ulster in Belfast on Friday night.

“We have to move on and concentrate on the URC knowing we have a tough game in Belfast coming up. We have got to get back on the horse and put things right,” said Peel.

“It is good for us that we have games now. We haven’t had that for a while. It Is a tough one, we will lose players to Wales and Scotland over the coming weeks, but we have a hungry young group who will get their chance. We need to get our younger boys pushing through and we need to see them play.”