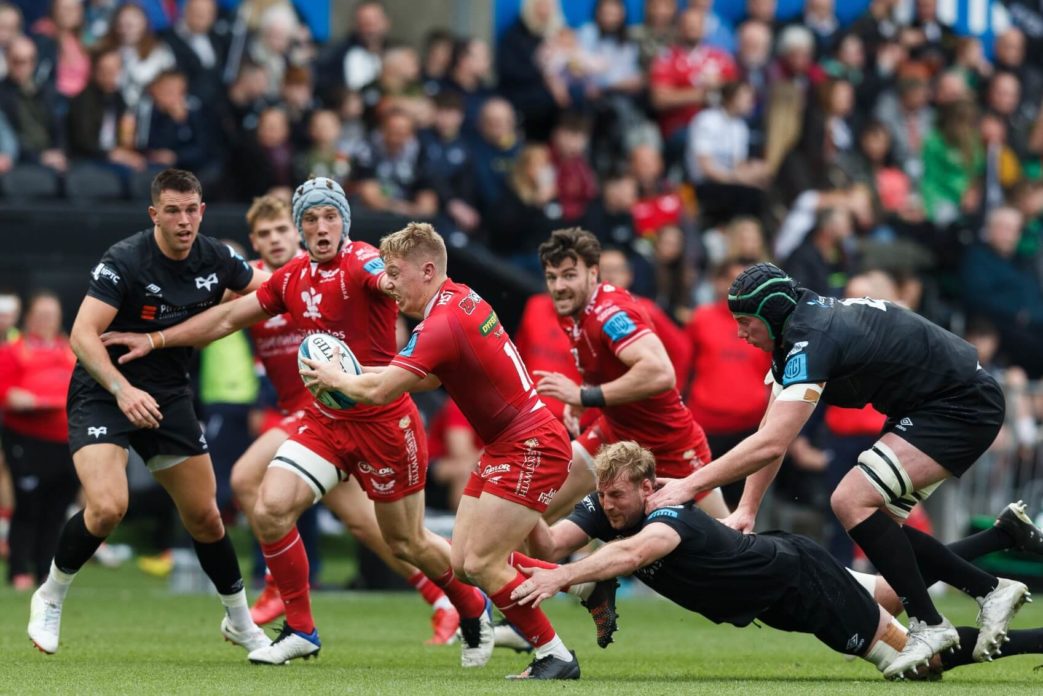 Scarlets head coach Dwayne Peel admitted his side were their own worst enemy as they slipped to a 53-36 defeat to the Ospreys in the West Wales derby at the Swansea.com Stadium.

The Scarlets led 24-14 at half-time, but the Ospreys capitalised on errors early in the second period to transform the contest.

“I thought the first 20 of the second half we weren’t in the fight, to be honest,” said Peel. “There were a couple of lapses of concentration from our side which shows a bit of weakness; they kicked the ball out, we weren’t ready for a quick throw-in, they scored off that phase; we gave a rubbish penalty at a ruck which gave them access and then we turned the ball over twice and one of them cost us a yellow card. It seemed we weren’t ready to go to the next job, we let error compound on error and there were also a couple of missed tackles here and there. It was disappointing, we were our own worst enemy in the first 20 minutes of the second half and that is what cost us.

“I thought we were in a good place at half-time, I felt we were in control and scored some nice tries. We had spoken at half-time that territory was important in this game, we showed that in the first half, when we had a good period of territory we put them under pressure and scored points. In the second half, we didn’t have that because we couldn’t sustain any pressure and weren’t on it.”

The defeat means a place in the URC play-offs is now out of sight with all focus on the Welsh Shield and Champions Cup qualification.

The Scarlets lead the Ospreys – who have a game in hand at home to the Dragons next week – by five points. Both sides host South African opposition in the final round of the campaign with the DHL Stormers the visitors to Parc y Scarlets on May 21 and the Vodacom Bulls playing in Swansea the night before.

Peel added: “We want to finish the season well. We have to dust ourselves down. The boys have had nine weeks back to back so we will have some time off this week which is needed and then we will hit the two weeks into the Stormers game with everything we have got so we can finish well in front of our fans.”

A positive from the defeat was the performance of wing Ryan Conbeer, who crossed for his first hat-trick in the URC.

“He was excellent,” said Peel. “He and his partner had a baby girl over the last two weeks so he hasn’t been unavailable, having him back was good. I thought he was electric, we didn’t give him enough ball is the truth. In terms of positives I thought our back row were excellent, Tomas Lezana worked his backside off and so did Si and Josh was explosive, it is about getting him back game by game.”