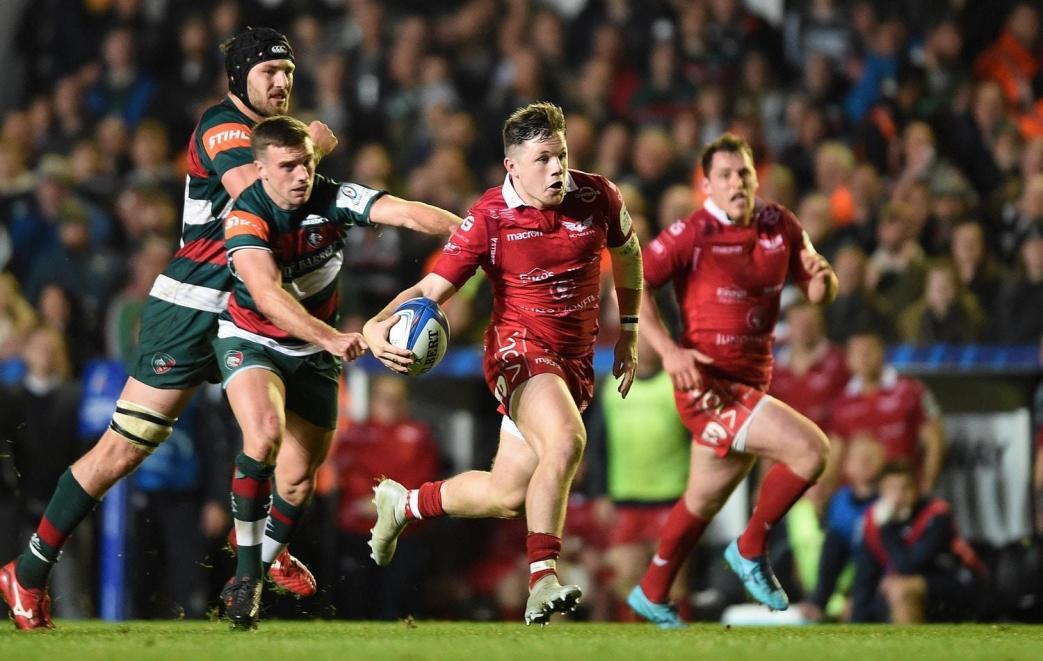 Scarlets head coach Wayne Pivac has called on his players to express themselves to keep their winning start to 2019 going in Saturday’s Champions Cup clash against Leicester Tigers at Parc y Scarlets.

Gareth Davies is back in at scrum-half after a rest, forming a half-back partnership with Dan Jones.  Johnny McNicholl stays at full-back, with Paul Asquith and a recalled Steff Evans completing the back-three. With Jon Davies rested after playing 11 of the last 12 games, Kieron Fonotia comes into the midfield alongside Hadleigh Parkes.

After appearing for the first time at the back of the scrum last weekend, captain Ken Owens sticks at number eight, as the whole pack remains unchanged from last week’s victory against Dragons.  Josh Macleod returns to take a place in the 23.

Commenting ahead of Saturday’s game head coach Wayne Pivac said: “We’ve turned over a new calendar year with a much-needed win on the weekend. What we’ve talked about during the week is putting on a performance at home that we’ll be proud of. We’ve got a pretty good home record over the last couple of years and we’d like to maintain that. They’re a great side with a great record in this competition so there’s a lot to play for. If we look back at the first fixture we played at their place, we gave them a 10 point start in both halves.  We were able to claw that back, but we weren’t able to finish the game off. There’s no pressure on us for points to qualify, so it’s really about guys going out there to express themselves. Personally, I hate losing, and so does everyone in this squad, and we’ll be doing everything we can to get a result.”

Turning his attention to the Guinness PRO14, Pivac gave hope of a successful end to the season for Scarlets: “We’re looking at that competition now, the PRO14, and looking at Edinburgh’s run-in, Treviso’s run-in and Ulster’s run-in, and we’ve got a reasonable run-in. We know we’re going to have some players coming back off the injured list so we’re pretty excited about that and pretty upbeat. We were really happy to get that win on the weekend which keeps us alive in the PRO14 and it’s about working hard together.”

Speaking of captain Ken Owens’ performances this season following his recent move to number eight, Pivac said: “Ken has been a top performer. Every week his stats, his work rate, the enthusiasm he brings to the game, the physicality he brings, is top drawer and we can’t fault his work. He’s leading from the front whatever jersey you put on his back and he’s a true warrior and this club is very, very proud of him and what’s he’s achieved. He’s carrying niggles but he’s putting the team first, which is what we’re about.”