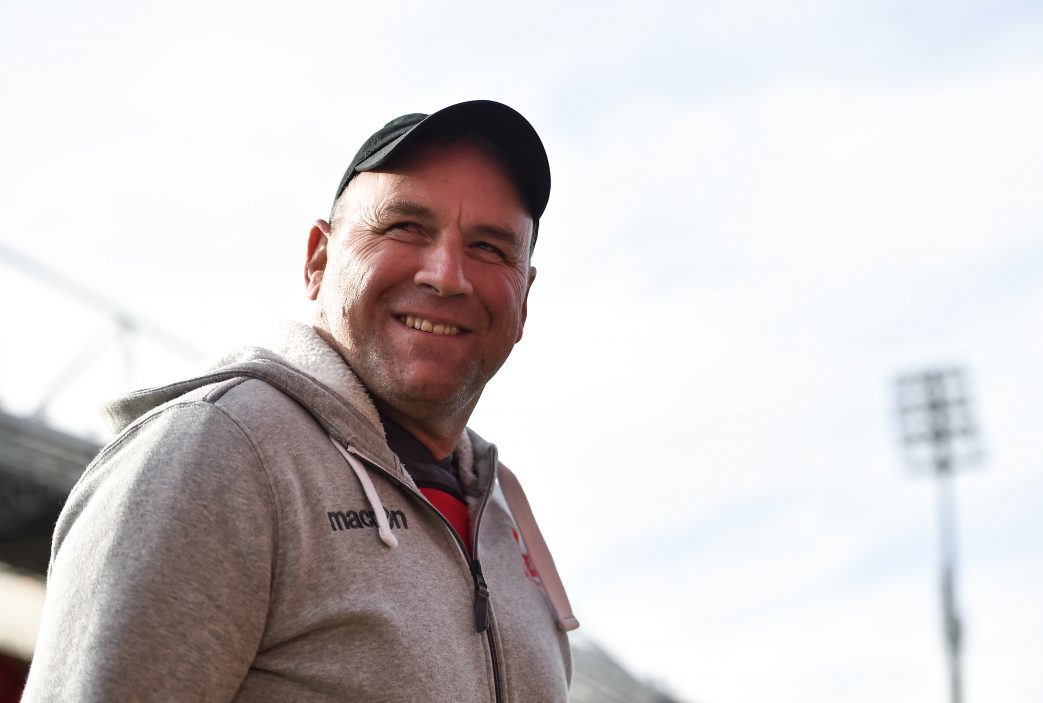 We can today confirm that head coach Wayne Pivac will leave the Scarlets at the end of the forthcoming season to take up the role of Wales Head Coach.

Wayne will take over from Warren Gatland, who is scheduled to step down after the 2019 Rugby World Cup when he will have served more than 12 years at the helm. He will remain at the Scarlets for the entirety of the 2018/19 season and will only officially come under WRU employment in July 2019.

“First and foremost, on behalf of everyone at the Scarlets, I would like to extend our congratulations to Wayne on his appointment. It will be a proud moment for us all when he takes to the helm as Wales Head Coach,” said Jon Daniels, Scarlets General Manager of Rugby.

“Clearly, finding Wayne’s replacement will be a major priority in the coming months and we are grateful to Wayne and the Welsh Rugby Union for keeping us updated, in an entirely professional and transparent manner, throughout the process.

“Over the last four years Wayne has facilitated the continuation of Scarlets’ development. Being consistently competitive in both the PRO14 and in Europe, has been our aim now for three or four years and will continue to do so.

“We had a one, three and five-year strategy; winning the PRO12 in 2017 was probably a year ahead of where we had forecast to be and that is down to the hard work of the group, of the people involved, to get us to that stage earlier than planned, but that just shows the quality across every department.

“The forthcoming season will be hugely significantly for us all at the Scarlets and ensuring that we build on the momentum and successes from previous seasons will be key. We would also like to be in a position to ensure that Wayne finishes his tenure, here at Parc y Scarlets, with silverware.”

“Having twelve months to find a replacement is something of a luxury in professional sport but as a result we’re now able to follow our detailed recruitment process to ensure we find a Head Coach with ambition and aspiration to continue our rugby performance strategy.

“We are extremely proud of the established environment we have here at the Scarlets and this will not only allow us to continue to be competitive this coming season but we’ll also be in a strong and stable position in readiness to welcome the new Head Coach in twelve months time.

“I know Wayne will agree, we have a strong team here now, of coaches, players and backroom staff. There are a number of people who have contributed to our success under Wayne’s guidance and will continue to contribute and push the region forward this season and after his departure. I am confident we are strong enough to continue to thrive moving forward.”

Wayne’s appointment is the latest example of people maximising their ability at the Scarlets and is the result of a two year process undertaken by Welsh Rugby Union Chief Executive Martyn Phillips and Chairman Gareth Davies, which has involved meticulous research and extensive consultation, and today’s announcement leaves a year-long gap ahead of his start date, by design.

Welsh Rugby Union Chief Executive Martyn Phillips said; “I am extremely grateful to the Scarlets for their support of this process and their Chairman, Nigel Short, in particular who has been first class throughout.

“Both Wayne and Warren and their coaching teams, our international players, supporters and everyone at the Scarlets now have clarity and there is no underestimating the positive benefit to be gained from having the time to plan properly for the future.

“What coach, whether they are in Wales or anywhere around the rugby playing world, would not relish the opportunity to join a team of such rich history and proven professionalism (as the Scarlets)?

“I would like to think that given the heritage of the Scarlets, their culture, passionate supporters, their track record of success and the quality of their squad that the Head Coach position will be one of the most sought after in rugby.”