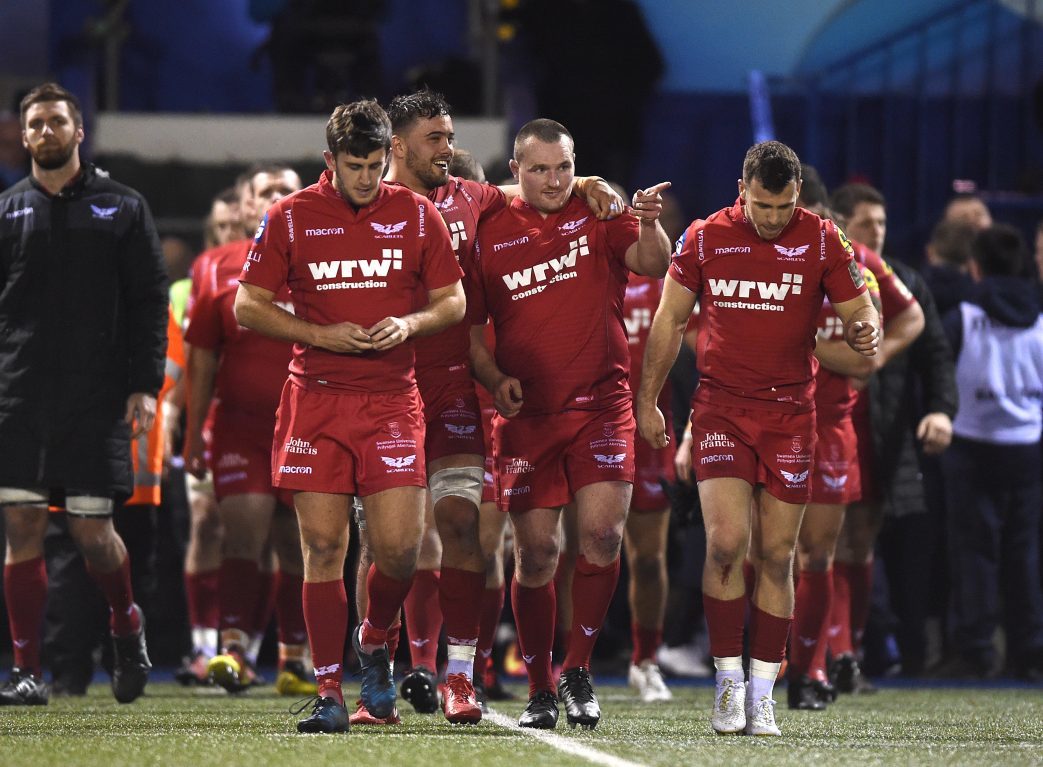 Tries by winger Tom Prydie and outside half Rhys Patchell were enough to secure a New Year’s Eve victory for the Scarlets over Cardiff Blues at the Arms Park.

The 11-14 victory over the Blues meant that the Scarlets secured the double over the capital region once again this season having already secured the same feat over Ospreys.

Speaking after the game head coach Wayne Pivac said; “It’s an important stage of the season for us and we saw something similar last season when we faced Cardiff Blues and Ulster. We’ve had a couple of tight games and during the Christmas and New Year period there tends to be a lot of playing and not a lot of training.

“I was just really pleased that we got those four points (against the Blues) having made eight or nine changes. To be able to use the squad in the festive matches and get two results was pleasing.

“It wasn’t our prettiest performance but we knew it was going to be difficult against the Blues out here.”

Scarlets will complete their festive trio of Welsh derbies when they take on Dragons Rugby at Parc y Scarlets on Friday 5th January, kick-off 7.35pm.

Season ticket holders are entitled to two free tickets to the opening game of the year at Parc y Scarlets. To claim your tickets call the ticket office on 01554 29 29 39.