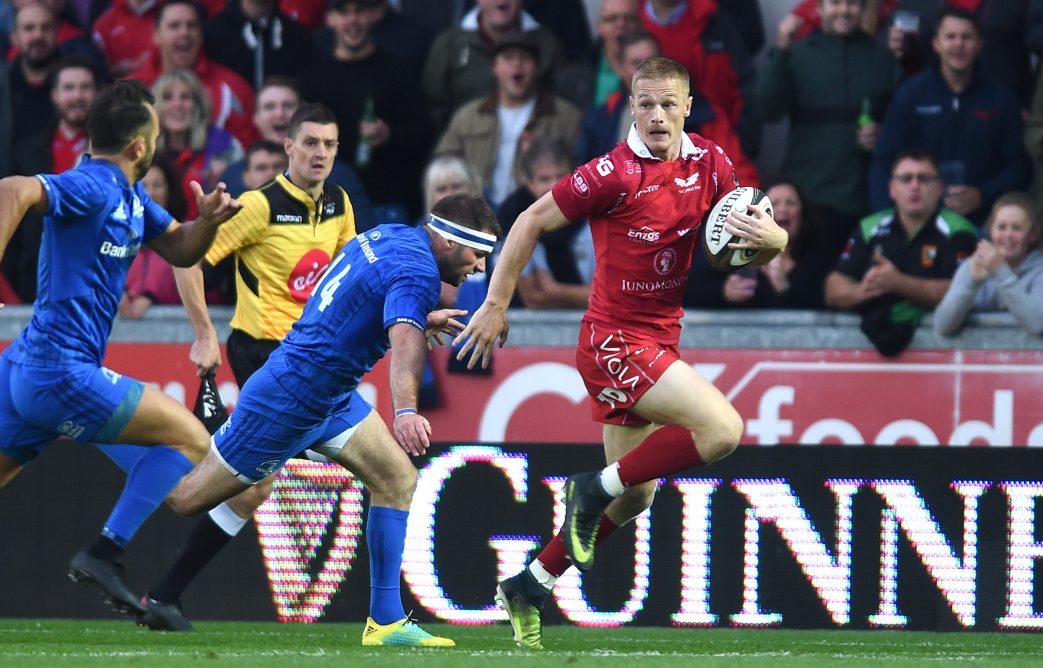 Saturday evening’s clash was a much talked about affair with Scarlets keen to right the wrongs of both the European Champions Cup semi final and Guinness PRO14 final results against Leinster Rugby.

As expected, the second round clash was a physical and intense affair with both sides giving their all, having fielded squads sprinkled with international talent.

Leinster had secured a late victory over fellow Welsh region Cardiff Blues a week earlier, scoring a try bonus, with Scarlets losing in a heartbreaking fashion at the death to an Ulster penalty at the Kingspan Stadium.

With only a game under our belts Saturda felt like a must-win encounter for the West Wales region and the performance, and occasion, didn’t disappoint.

Speaking after the game head coach Wayne Pivac said; “ We’ve had a bit of time in the off-season to reflect on last year and where we thought we had to improve against Leinster. Getting them so early, in round two, was about really seeing how much work we’ve done and how much work there’s still to be done.

“The result first and foremost is very pleasing, after letting one slip away last week to Ulster, to control and play pretty well in that last ten minutes was great to see.

“We’re really pleased from a squad point of view and I think we’re heading in the right direction with work still to be done.

“We’re obviously concerned about the injury count but the result is what we’re after.”

The Scarlets haven’t lost at Parc y Scarlets in the Guinness PRO14 since the first round of the 2016-17 season, losing to Munster Rugby. Pivac went on to say; “We’ve got a proud record at home and we wanted that to continue. The boys love it. They know exactly how long that record has stood for. We’ve only lost one game at the Parc in two years, and that was a game against Bath in the wet in Europe. In this competition it’s over two years. They’re very proud of that, and they should be, it’s a pretty impressive record.”