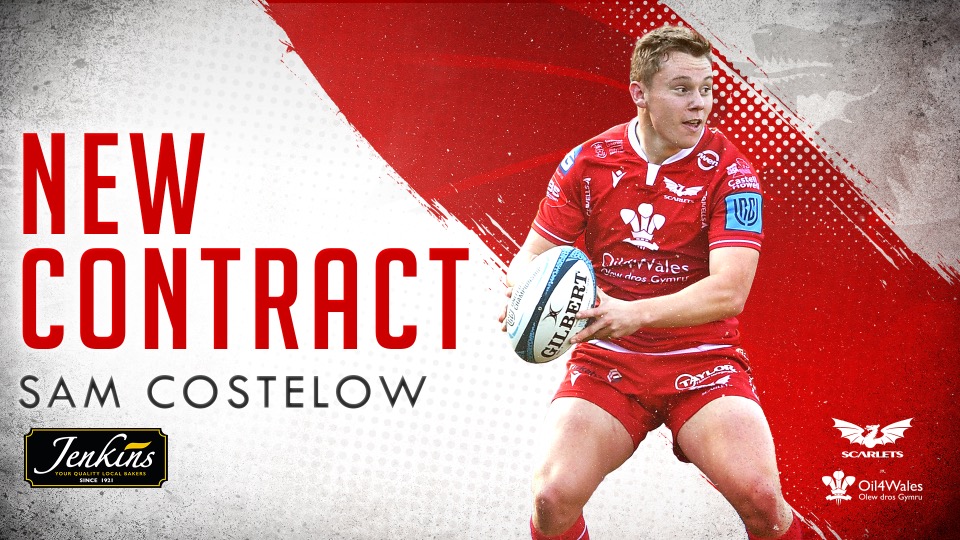 We are delighted to announce that talented young fly-half Sam Costelow has signed a new contract with the Scarlets.

An outstanding player at Wales U20s level, Costelow has continued his development in West Wales over the last two seasons and has been a regular in the senior side since his arrival from Leicester Tigers.

The 21-year-old has already made 25 appearances, scoring 112 points including five tries – one of those, a superb individual effort in the bonus-point win over Cardiff last Saturday.

He said: “I am really enjoying my rugby here, the expansive style we are looking to play suits my game and it was an easy decision to sign a new contract. There is a great bunch of boys here who get on really well and are looking to get better every day.

“For me, it is about working hard in training, continuing to learn and taking the opportunities when they come. There is a lot of competition across the board with everyone pushing each other for game time and Dwayne has shown he has a lot of faith in the young guys in the squad and is not afraid to give them chances.

“There is plenty more to come from us and it is exciting to be involved.”

Head coach Dwayne Peel said: “Sam is an exciting young player who I have seen grow a lot this season. He is still young and there is a lot of learning to come from him, but he continues to work diligently on his game in training and you can see that transferring to match-day.

“He took his chance brilliantly against Cardiff, scored a great try and really stepped up and led the team well. I am looking forward to seeing how he develops here at the Scarlets.”

Sam is sponsored by Jenkins Bakery, who have been long-standing supporters of the Scarlets.