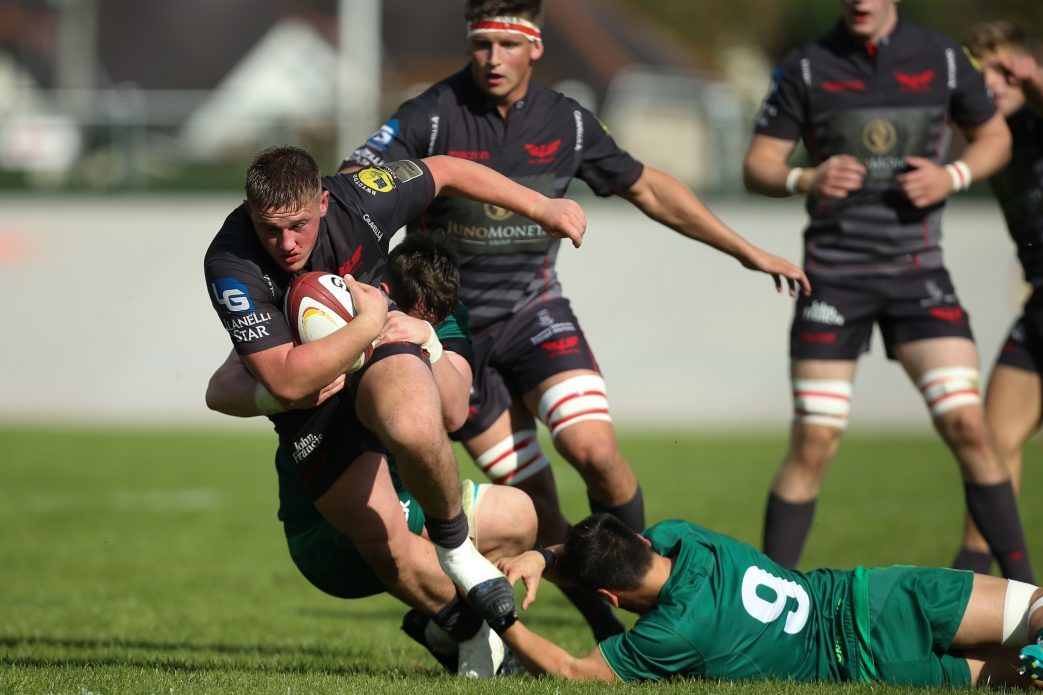 Scarlets A faced a tough game at Carmarthen Park as they took on Connacht Eagles in the fourth round of the Celtic Cup.

Both teams were in it to win it in the first half where we saw both teams succeeding with two tries apiece, but unfortunately for the visitors, the Scarlets managed to score three extra tries to secure their victory later in the second half.

Expressing his thoughts after the game, head coach Richard Kelly said; “A lot of the young boys stepped up and played well. I am really pleased with the performance and in particular the effort the boys put in today.”

After a very heavy penalty phase in the first half, Kelly went on to comment; “At times, we probably didn’t get some of our accuracy right, along with some of our execution, but the boys continued to work hard and we’ll work on cutting out the errors next week.”

Looking in detail at the strategies used in the second half that secured their victory, Kelly went on to say; “Connacht were good today, but there are things we could have done better to control the game. At halftime we spoke about defensively some of the things we could do to create more pressure and more turnover ball, but we had a better attacking platform and better defence in the second half.”

Scarlets A take on Munster A, at Irish Independent Park, on Friday 5th October, kick-off 19:30.

To see all future matches for the Celtic Cup follow the link; https://www.scarlets.wales/en/rugby/academy-news/articles/celtic-cup-fixtures/