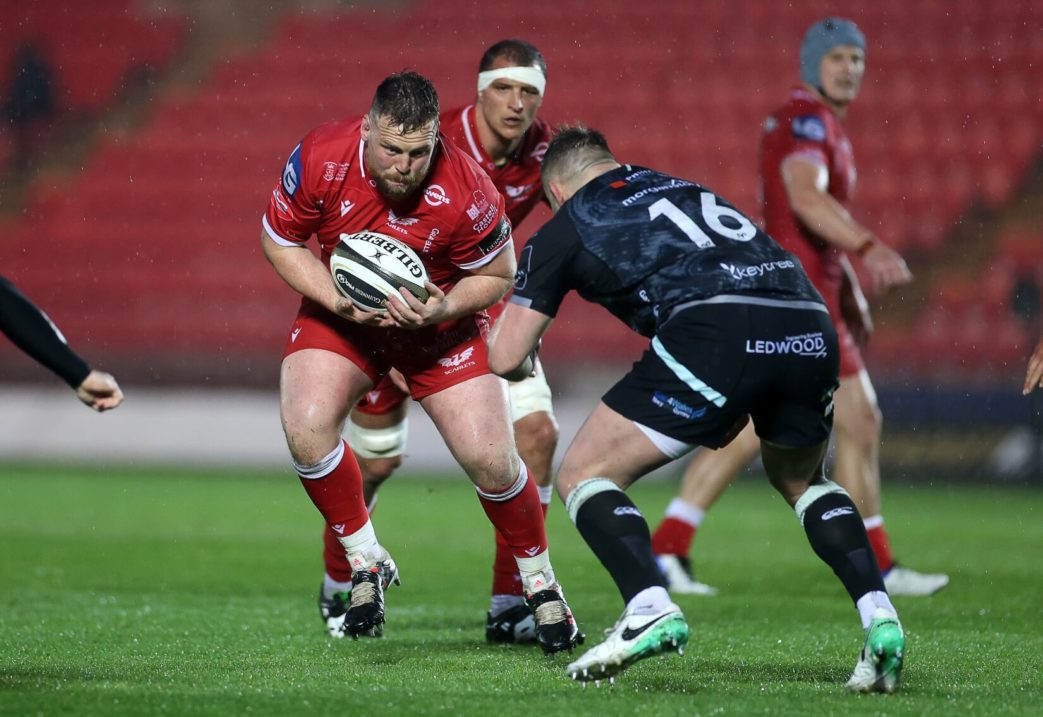 It will be a family affair in Swansea on Saturday as prop Steff Thomas packs down opposite his cousin Gareth with far more than local bragging rights at stake.

The pair grew up in Newcastle Emlyn, played for the same junior club before their rugby careers took different paths.

Ospreys loose-head Gareth has since earned his international spurs for Wales, while Steff has overcome a couple of major knee injuries to establish himself as a Scarlets regular in the No. 1 jersey this season.

“It is a nice chance to play against him again, we were on opposite sides earlier in the season, it is always a special moment for the family,” said the 25-year-old.

“I lived on the farm and Gareth was a few miles away, we were very close growing up. From a young age we played junior rugby in Newcastle Emlyn, both loved it and were always out in the fields kicking and passing the ball about.”

It has been a breakthrough campaign for Steff. He has featured in nine of the Scarlets’ 11 URC matches since the turn of the year and enhanced his reputation by helping the home scrum demolish Cardiff’s international front-row in Llanelli earlier this month.

He also went toe to toe with an all-Springbok front-row when the Scarlets’ took on the Cell C Sharks in Durban.

“It is about getting regular rugby, the more rugby you play the better you are going to get. I have had the opportunity and I am happy with how I have progressed. It is all about game time,” he added.

“The competition in the front row is great for us, it has brought us all on. We all get on really well, but keep pushing each other and that is only going to benefit ourselves and the Scarlets.

“Ben Franks (forwards coach) has been a massive help, he has progressed our scrum as individuals and as a collective, he has been there and done it, he gets it.  He gets to the point and tells you what he expects, he is not a shouter, but when he speaks everyone listens, it has been great to learn from him.”

As for tomorrow’s derby at the Swansea.com Stadium, the stakes have been raised with the inaugural Welsh Shield and Champions Cup qualification on the line.

Thomas added: “We spoke as a squad that we like being in pressure moments and it doesn’t get more pressured than this.

“It is a huge game, it is a derby day and it doesn’t get much bigger than that, but we have spoken about finishing the season as the top Welsh side as well.

“Their pack are full of Welsh internationals, from a personal point of view there is no better team to test yourself against when you are a young player coming through.

“Gareth hasn’t been in touch yet this week, he has been quite quiet, I am sure we will have a good chat after the game.”