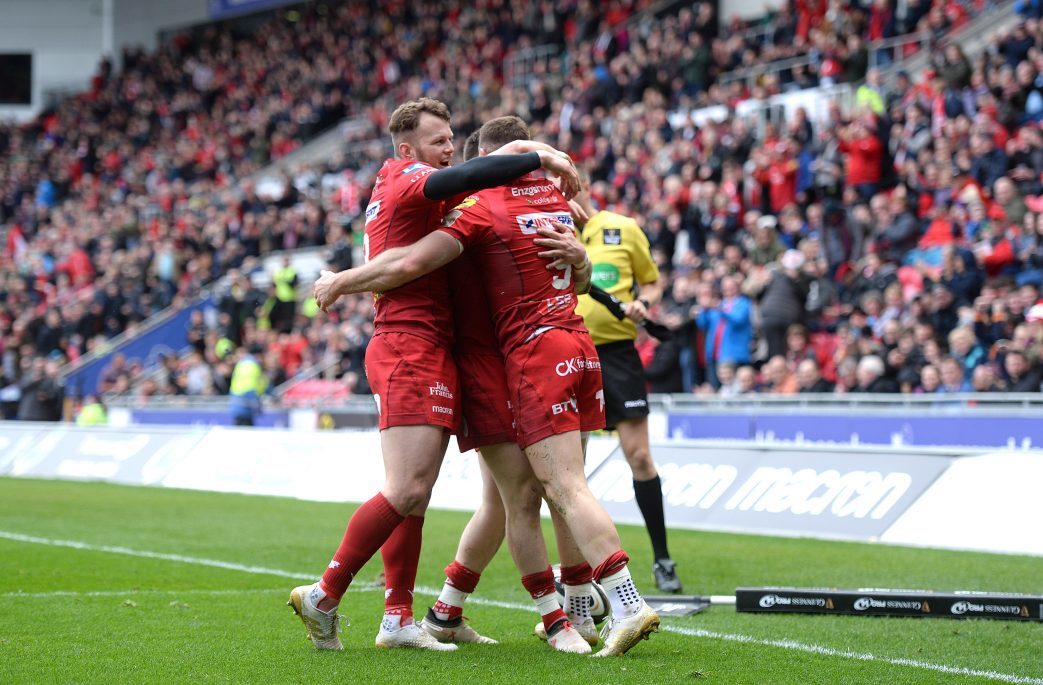 Freesports to showcase one game per round free to air

PRO14 Rugby have signed a landmark partnership with Premier Sports and FreeSports to broadcast every game from the Guinness PRO14 live in High Definition across the UK and Northern Ireland for at least the next three years.

The agreement from the 2018-19 season means supporters in the UK, including Northern Ireland, can experience the Guinness PRO14 like never before with all 152 games broadcast in High Definition on Premier Sports HD, with no less than 21 games (one per round) shown live Free-To-Air on FreeSports.

This is a quantum leap for the Guinness PRO14 and continues the remarkable transformation of the Championship, which continues to grow its appeal after the successful expansion into South Africa.

Premier Sports are going to make the Guinness PRO14 its No 1 property and will therefore be launching the Premier Sports 2 channel with innovative High Definition production of games as well as highlights shows to take supporters right into the heart of the Championship.

Premier Sports is available in 16 million UK homes across Sky and Virgin platforms and to everyone via the Premier Player https://www.premierplayer.tv/ while FreeSports will be available to 22 million UK homes from next season across seven different platforms.

In addition, FreeSports will turn High Definition on Sky and Virgin from July.

From the beginning of next season Premier Sports and FreeSports will deliver unprecedented coverage of the Guinness PRO14 with extended pre and post-match analysis. Ahead of next season Premier will confirm the recruitment of their on-air talent and commentators – characters who know just what it takes to compete in the Championship.

Martin Anayi, CEO of PRO14 Rugby said; “The partnership with Premier Sports will be a watershed moment for the Guinness PRO14, our clubs and their supporters. As an innovative global rugby championship full of world-class players we are always looking to raise our game and this relationship is a bold step for us. This will take coverage of the Guinness PRO14 to a new level and unlock the tournament’s vast potential.

“By better resourcing our clubs through increased central revenue, we will ensure sustainability so they can further invest from the ground up to drive success on and off the pitch so they can retain supporters and attract new fans of all ages. Now rugby fans will be able to watch every game in the Guinness PRO14 which offers them more action than ever and that’s a terrific achievement.

“The bidding for broadcast rights showed us just how much interest there is in the Guinness PRO14 since our expansion into South Africa and the significantly increased revenue will allow us to invest back into our clubs, a figure which has doubled over the last three years.”

Richard Webb, Chief Operating Officer at Premier Sports & FreeSports, added; “We are delighted to have concluded a deal to showcase what we consider to be the most exciting club rugby championship in the world. We believe having all 152 games from every round across our two Premier Sports channels for just £9.99 a month with high level, consistent production represents superb value and means that, for the first time, supporters have unprecedented access to every minute of the Guinness PRO14 all under one roof.”

Dermot Rigley, Commercial and Marketing Director of PRO14 Rugby, said; “Most major rugby properties now have a subscription model with broadcasters valuing the Guinness PRO14 as one of the premier club competitions in world rugby. We believe that Premier Sports and the availability of FreeSports will offer us the best of both worlds – incredible quality and value for supporters as well as reach for our Championship.

“The production standards will be like nothing ever seen before in the Guinness PRO14 with each game broadcast in HD and complemented by expert analysis, TMOs at every game and highlights programmes.”

PRO14 Rugby will shortly announce the Republic of Ireland broadcaster while negotiations continue with a local language broadcaster in the UK.

For greater detail about this landmark agreement please see our Question & Answer document on www.pro14rugby.org available at this link: