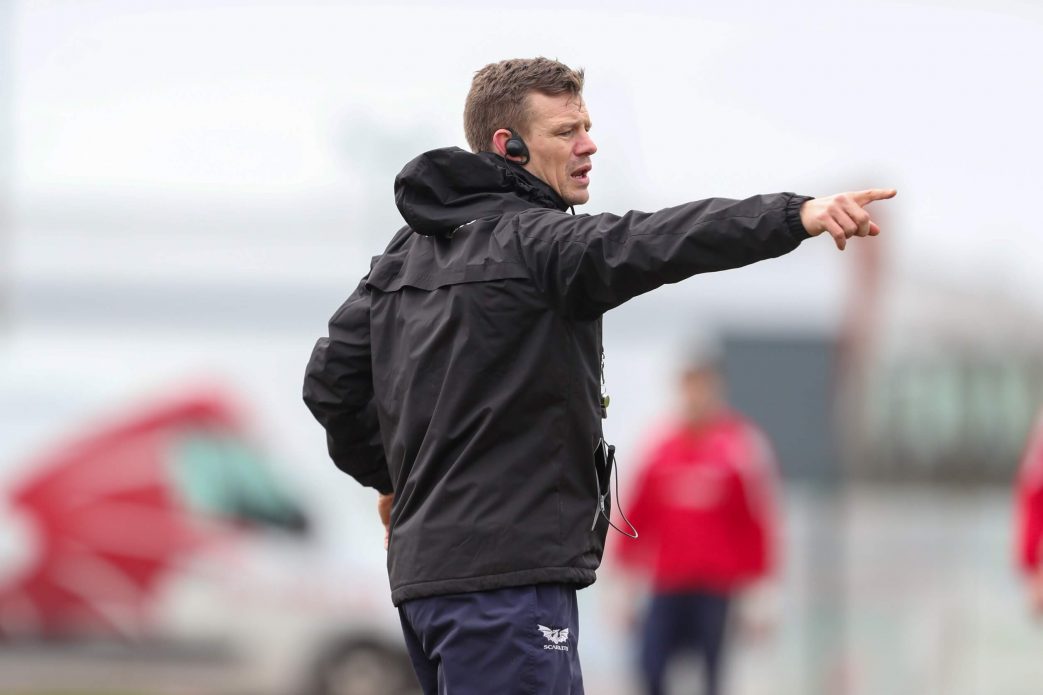 DP: “Sam has been fantastic since I have come in. He comes with a wealth of experience and has grown in a leadership role. He is working hard running our line-out at the moment and is really valued by the players. I am sure he would have had offers to play elsewhere, but he wants to stay and it shows his commitment to the club, which is great. For me, he is what an overseas player should be for us, someone who leads from the front and is available regularly.  We have a couple of young Welsh players in Jac Price and Morgan Jones who need time to develop. Those boys are working hard so to add quality and leadership around them is important.”

What are your thoughts looking back at the Ulster result?

DP:  “What was pleasing about Ulster is that we made changes and gave opportunities to valued members of the squad, players who haven’t been in the match-day 23 and who have been waiting for their chance.  I’ll name Steff Thomas and Daf Hughes who were excellent and led from the front. Shaun Evans is also really stepping up for us. In terms of mentality and attitude it was good and we were probably unlucky not to come away with anything. Self-inflicted errors were costly, particularly our kick-off reception, but on the whole there is stuff to build on ahead of a big challenge this week.”

You must see Connacht and Glasgow as two huge games in the context of the season?

DP: “They are massive. We have spoken about that and performing well. Connacht is a home game, we have won our last two URC games at home and we are looking forward to it. If you look at Connacht’s games, they have been very physical, they have always been a team who play good rugby and be able to finish on edges, but they have been physical, they can hold the gainline in attack and defence and come after teams. They can turn sides as well with a good kicking game, Jack Carty has been released by Ireland and he is a quality player who has been playing well this year. It will be a good challenge for us to see where we are at.”

How are your injuries? Any update on players returning?

DP: “Blade Thomson and Johnny Williams are both close and we will see where we are on Thursday with those. Josh Macleod won’t be available for the next couple of weeks. Corey Baldwin has been looking good in training and is not far away. It is good to see him back, he has only played one game, the first game in pre-season where he broke his foot. Hopefully we will see him on the pitch soon.”