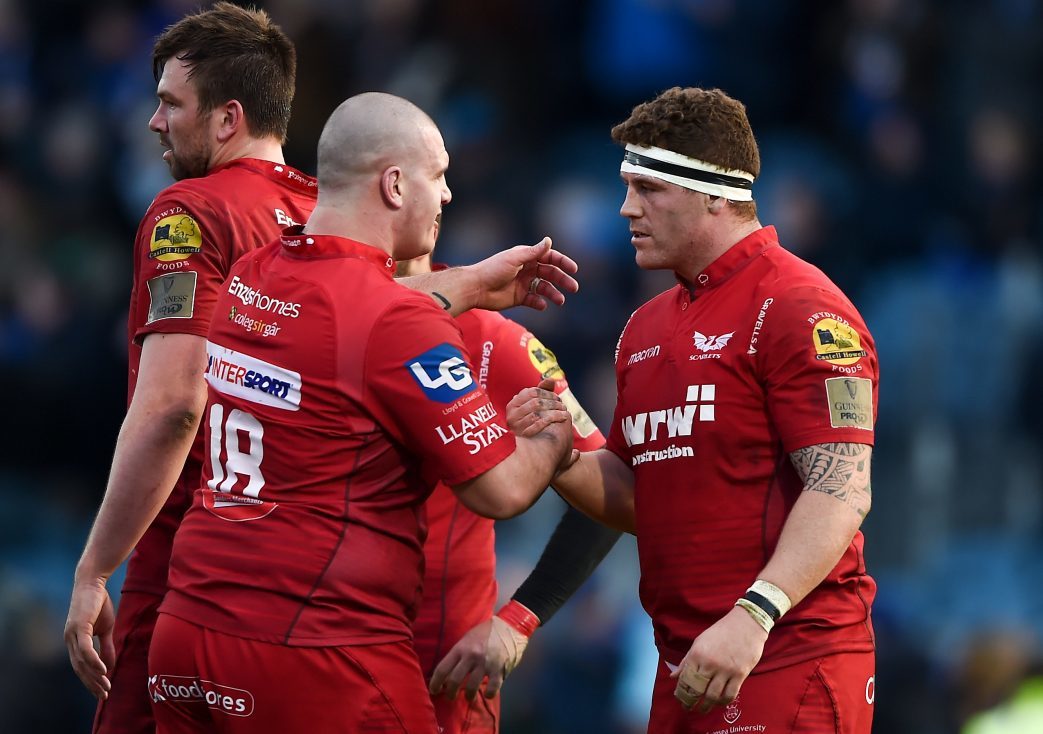 Scarlets can today confirm that loosehead prop Phil Price has signed a contract with the West Wales region.

Price, 29, joined the Scarlets in January on a loan agreement from fellow Welsh region Dragons.

He has made six appearances to date in the Scarlets jersey, two in the Anglo-Welsh Cup campaign against Harlequins and Sale Sharks andfour in the Guinness PRO14.

Aswell as extending the loan agreement until the end of the season Price has put pen to paper on a new contract with the Scarlets keeping him in West Wales in 2018-19 and beyond.

Price was selected for the Wales Under 20s squad for the World Cup in Belfast in 2008. He played his part in the side, which finished fourth. He also represented his country at Under 18s and Under 19s level.

Since joining the Dragons ahead of the 2009-10 season Price has made 159 appearances for the Gwent region, scoring six tries.

Commenting on the news head coach Wayne Pivac said; “We’ve been impressed with Phil since he joined us at the start of the year, he’s fitted in well to the squad and has grabbed the opportunity with both hands.

“Having strength in depth is important if we want to continue to be competitive on both fronts, in the Guinness PRO14 and European Rugby Champions Cup. Having a player of Phil’s experience in the squad is particularly important not only to help develop our young crop of props but also to ensure we remain competitive during the international windows.”

Phil Price added; “I’m grateful to the coaches here at the Scarlets for the opportunities I’ve had so far this year. I’ve had a great welcome and the boys have been great. There’s a very exciting few months, and years, ahead and I hope I get an opportunity to play my part.

“I’d like to thank everyone at the Dragons for their support over the years. It was an honour to represent the region and I wish them all well for the remainder of the season.”