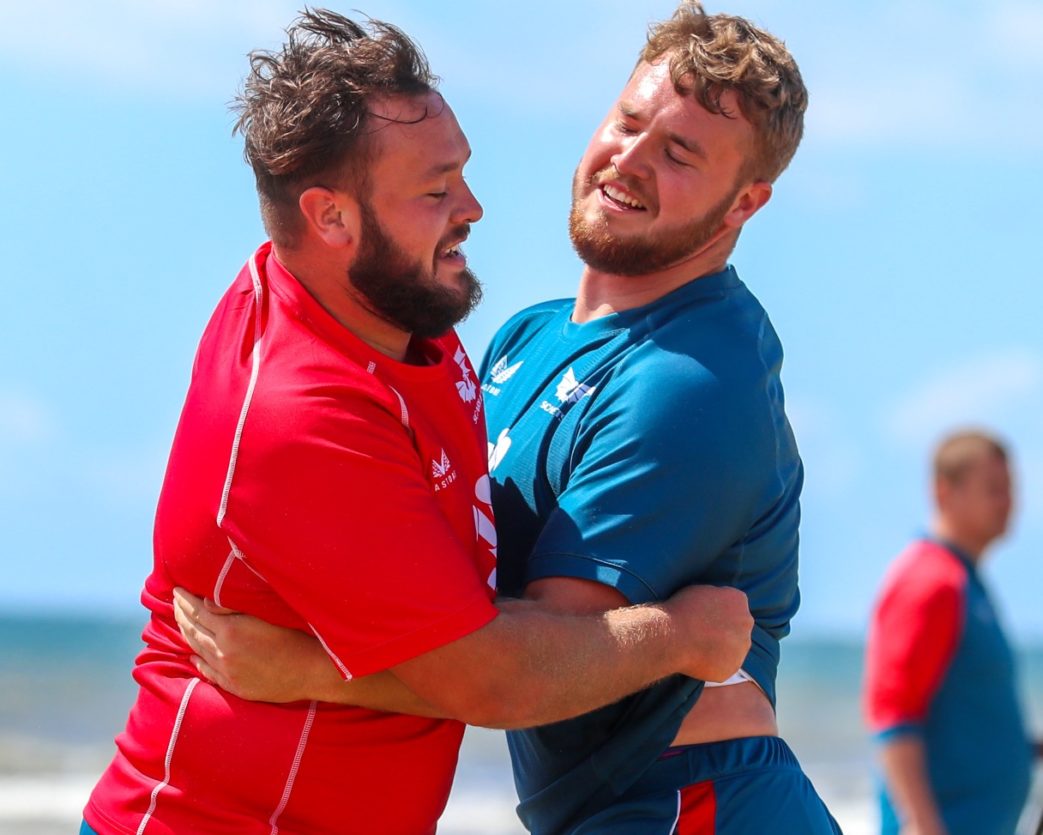 Harri O’Connor is hopeful his summer experiences with Wales can help him kick on with the Scarlets this season.

The young tight-head prop has long been viewed as one of the brightest prospects in Welsh rugby and impressed for the Scarlets in his nine appearances last term. In his only start at senior level against the Ospreys in January, O’Connor played a crucial role in anchoring the scrum against a front-row which contained senior Wales props Nicky Smith and Tomas Francis ultimately laying the foundations for a 22-19 victory.

Wales coach Wayne Pivac was clearly encouraged by what he had seen and proceeded to call O’Connor into his Wales squad to tour South Africa as an injury replacement. O’Connor didn’t see any action during the three-Test series against the Springboks, but he insists it was an invaluable learning experience.

“Obviously, I would have loved to have got on the field, but it was still a great learning experience,” said the 21-year-old. “I picked up a lot of tips about scrummaging while I was in the Wales squad.

“The intensity that they train at is unreal as is the physicality. I fared well in the scrummaging sessions, that was totally fine.

“I pride myself on my scrummaging, but I want to be an allrounder. I don’t just want to be a good scrummager who offers nothing else because the way the game is evolving now you could see games where there’s six scrums or there could be 15.

“Scrummaging needs to come first but I can offer a lot around the field as well. I spoke to Jonathan Humphreys at the end of the tour, and he said the next challenge for me was to get more game time for the Scarlets.

“There’s good competition here but it will only make us better.  I’m just going to put my head down, work hard, and hopefully I can get more game time.

“Scrummaging against Wyn Jones throughout the week is so beneficial. In my first Scarlets training session I scrummaged against Wyn and Rob Evans who are two of the best scrummagers in the business so you can’t really ask for harder sessions that that.

“They are brilliant at giving pointers, and Samson Lee has also been a big help to me as well.”

O’Connor admits he has to pinch himself at his rise from regional squad player to the Wales squad.

At the conclusion of the season O’Connor went on a family holiday to Lanzarote to rest and recuperate ahead of pre-season. One day he was relaxing in the swimming pool when his phone rang unexpectedly, and on the other end of the phone was Scarlets General Manager of Rugby Jon Daniels who informed O’Connor he had been called into the Wales squad.

To say he was shocked would have been an understatement, but the enormity of the news soon sunk in, and were replaced by feelings of pride and excitement. “I was on holiday in Lanzarote relaxing in the swimming pool when I got the call,” he recalls.

“I didn’t really know what to say but I suppose it was a mixture of excitement and nerves, and it was obviously a proud moment for myself and my family.”

O’Connor may have been born in Northallerton and brought up in Dorchester but there’s no doubt whatsoever where his allegiances lie with both his parents hailing from Swansea.

He found his way to the Scarlets via the Welsh Exiles programme who identified him while he was in the Bath Academy, and promptly moved him to the prestigious Llandovery College where he was brought into the then Cardiff Blues system before pledging his long-term future to the Scarlets.

As an infant O’Connor moved around various countries due to his father’s career in the army. His dad, David, was a Sergeant Major in the British Army and served four times in Iraq, Bosnia, Kosovo, and Northern Ireland. It comes as no surprise then to see him identify his father as the biggest influence on his career.

“My dad was in the tank regiment where he served for 27 years,” he said. “He was basically in charge of a group of tanks, and he got posted around the world.

“He did a lot of tours of Afghanistan and Iraq and saw quite a bit of action. He was away quite a bit when me and my brother were little.

“As soon as my younger brother was born, we moved to Germany for a year, and then Saudi Arabia for 18 months but I was brought up in Dorchester on the south coast.”  Scrummaging is a family affair for the O’Connor’s with Harri packing down against his younger brother Sam on a weekly basis.

They are also housemates but there is no love lost when it comes to scrummaging against each other. The pair are also extremely fortunate to have an experienced mentor in former All Blacks World Cup winning prop Ben Franks who is forwards coach at the Scarlets.

“Ben Franks is having a massive influence on me,” he said. “He’s always looking for that extra one percenter, and he’s looking at every way you can get better.

“The older boys in the group are also driving standards. You look at the way they train as a young player and take inspiration from that.

“Ben is good at giving little tips to props because he spent so many years scrummaging at international level, so he knows what it takes. If you are struggling with certain aspects of your scrum, he is good to talk to and he’ll work hard with you to find a solution.

“My brother Sam is also my best mate. He always gives me honest feedback and we scrummage against each other in training on a daily basis.

“There’s no love lost when we scrummage against each other, we go full pelt. But it’s good because he’ll pop up and tell me what I’ve done well and what I’ve done wrong while I’ll say the same to him.

“It’s an open channel. Some props won’t want to give away any secrets because then you can unlock them any time.

“One of my biggest goals in the game is to pack down in the same scrum as Sam for the Scarlets. That would be a dream come true.”