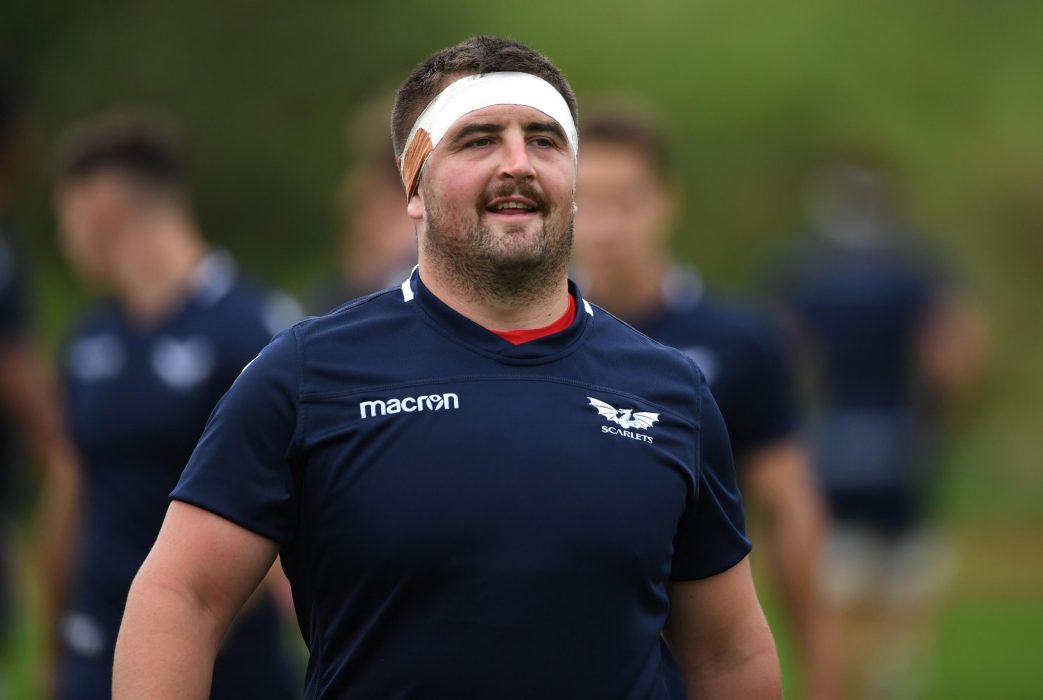 Prop Wyn Jones will become the latest player to reach a century of Scarlets appearances when he runs out against the Dragons at Parc y Scarlets on New Year’s Day (17:15; S4C, Premier Sports).

Jones is in his eighth season with the Scarlets having made his debut in an Anglo-Welsh clash with Gloucester in 2014.

The Llandovery product is named in a side showing six changes to the starting XV that took the field for the win over the Ospreys on Boxing Day.

Angus O’Brien, who scored the match-winning try against the Ospreys, again starts at full-back. Wales international Liam Williams was close to making his return from an ankle injury but has been given a bit more time to get up to full fitness.

O’Brien is joined in the back three by another ex-Dragon, Tom Prydie, and Steff Evans. Tom Rogers is ruled out with a knee injury. Tyler Morgan, who made the switch from Rodney Parade in the summer, partners skipper Steff Hughes in midfield, while Dan Jones and Kieran Hardy continue at half-back.

The front row of Wyn Jones, Ryan Elias and Javan Sebastian is again retained, while Sam Lousi returns after being absent for the last two weeks and packs down alongside Jake Ball in the second row.

There is an all-new back row trio. Blade Thomson, outstanding off the bench against the Ospreys, gets the nod at blindside; Sione Kalamafoni returns at No. 8, while Dan Davis comes in at openside for his first PRO14 start of the campaign. Davis replaces Josh Macleod, who picked up a slight ankle injury in the second half of the Ospreys win.

There are two changes among the replacements. Ed Kennedy covers the back row, while Paul Asquith comes in as back-line cover alongside Sam Costelow and Gareth Davies.