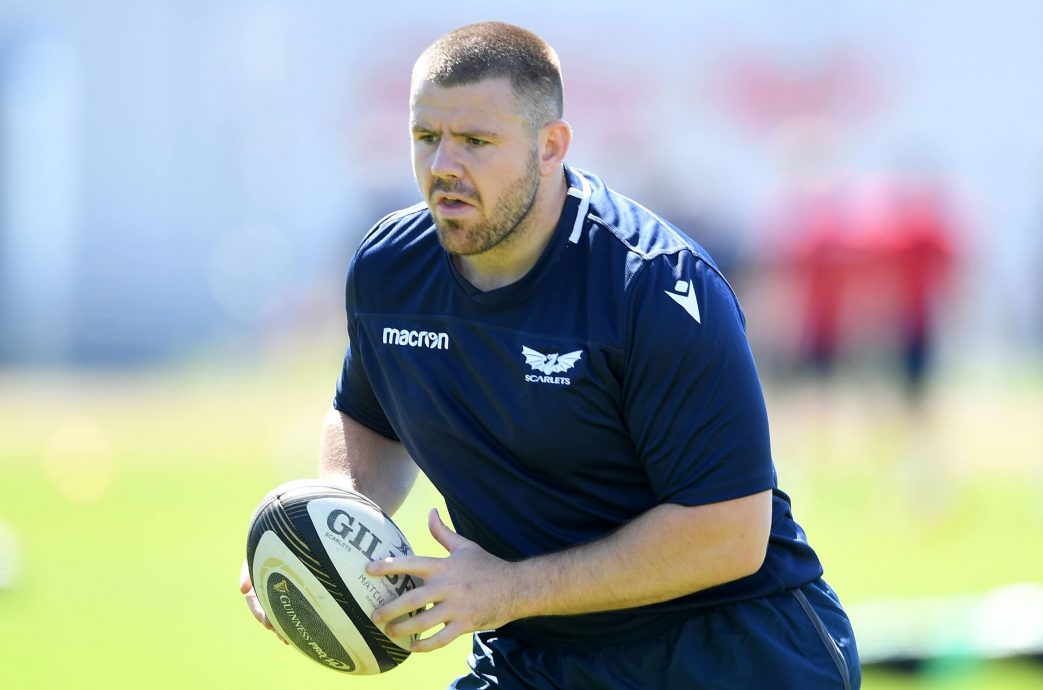 Wales international prop Rob Evans will make his return from injury when he lines up in the Scarlets side to take on the Dragons in a friendly match at Rodney Parade on Friday lunchtime (12pm ko).

Evans underwent surgery on a neck issue in the summer, but has worked hard to get back to full fitness.

“Rob deserves a special mention in terms of the work he has put in off the field,” said head coach Glenn Delaney. “I don’t think I have ever seen him in as good a shape as he is now. We are really excited by how he is coming back.”

The match has been arranged to give players valuable game time ahead of next weekend’s Guinness PRO14 clash with Benetton in Treviso.

Aled Brew, recently signed on a short-term deal, will make his Scarlets debut on the left wing and will join an exclusive club of players who have represented all four regions.

Brew lines up with another ex-Dragon Tom Prydie and Ryan Conbeer in the back three; Tyler Morgan and Paul Asquith link up in midfield, while Angus O’Brien and Dane Blacker combine at half-back.

Evans, Marc Jones and Javan Sebastian pack down in the front row, while there is a towering second row combination of 6ft 6in Fijian international Tevita Ratuva and 6ft 7in young Welsh talent Morgan Jones.

Ed Kennedy, Uzair Cassiem and Jac Morgan make up the back-row trio with Morgan captaining the side.

Delaney has named a number of bright young prospects on the bench, including highly-rated props Kemsley Mathias and Harri O’Connor, who could both make their senior debuts. There is also a welcome return from injury for centre Ioan Nicholas.