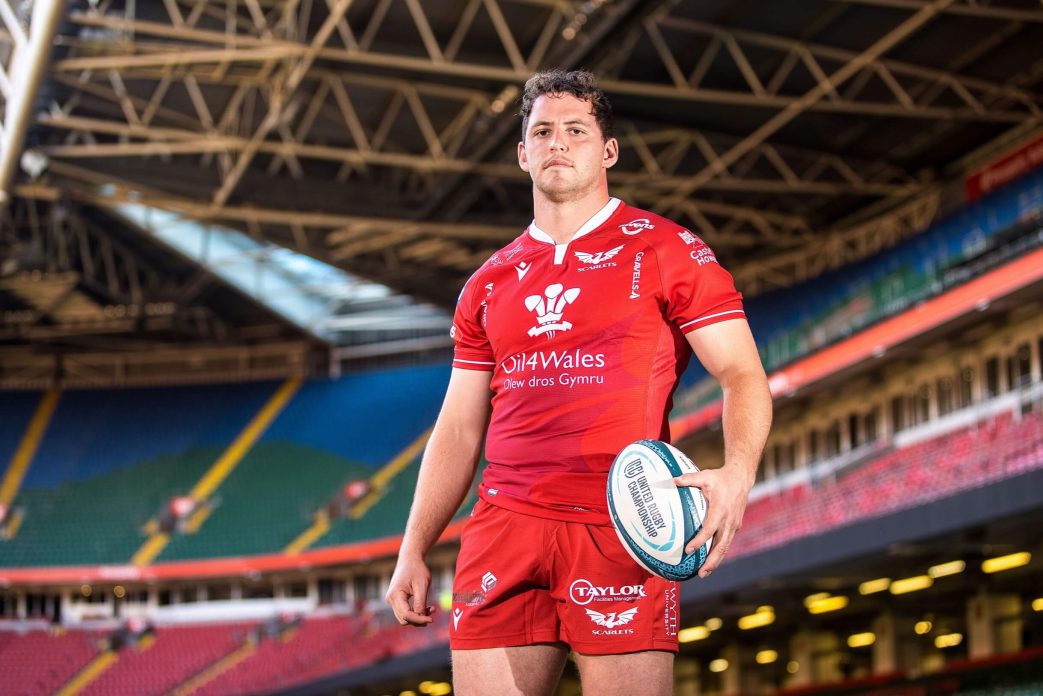 The Principality Stadium hosted the Welsh media day for the new United Rugby Championship this week.

Hooker Ryan Elias flew the flag for the Scarlets, chatting to broadcast partners BBC Wales, S4C and Premier Sports as well as the written media.

Here’s what he had to say.

How are you feeling just over a week out from the start of the URC season?

“I feel refreshed. I had a few weeks off and got married in the summer. The wedding had been delayed a year but it was worth the wait. We had a great day and the sun had its hat on. As for pre-season, it has been really tough with the new coaches coming in, but it has been good. We are excited to put the stuff we have been working on in training into our performances in the game.

What impact has Dwayne Peel made?

“Dwayne is a proud West Walian and that rubs off on the players. He has worked us hard, he had a great work ethic as a player and he is getting us boys fighting fit. Dwayne was accustomed to hard work as a player, he prided himself on his fitness and we have had it tough as well. Nigel (Ashley-Jones) has come from an Australian rugby league background with Canberra so we have had a bit of a beasting! But it has been good, what we have needed. The rugby content has been really good as well. Dwayne is good at keeping things simple and breaking things down and nailing the fundamentals of the game.”

Are you exciting about the prospect of facing the South African ‘big four’?

“It is exciting having the four big South African teams joining the competition. They are big physical packs, but they can also sling the ball around and they have freakish athletes.  It is going to be a great test and the climate will play a part as well out there in South Africa.”

Are you looking forward to pushing Ken Owens for the number two jersey again?

RE: “Ken has had and is having a great career, he is a two-time Lion. I have a lot of respect for Ken, we get on well, both Carmarthen boys, same club, same school, but I want that number two jersey and it is great for the Scarlets that we are both competing and pushing each other. I feel I am still fairly young, 26, and even though I have over 100 appearances for the Scarlets and a few Wales caps, minutes-wise I haven’t played a great deal, I still feel fresh in mind and body.”

Have you set any goals for the season?

RE: “As a squad we haven’t spoken about targets, it has been more about concentrating on our performance week in, week out. If we can translate what we do in training, the results hopefully will take care of themselves. Obviously, it will be great to sit top of the Welsh regions again and let’s see where Europe takes us, we went on that run a couple of years ago when we made the semi-fnals, who knows?

Did you enjoy captaining the side in last season’s Rainbow Cup?

RE: “It caught me by surprise, I didn’t see it coming. I didn’t know what to think at first in that role, looking back I really enjoyed it. I thought it helped my game, you take pride in being the captain and wanting to be that leader.”

How much are you looking forward to fans returning?

RE: “It is massive to have the fans back. It was the same for everyone, but I thought we struggled not having our own fans there at Parc y Scarlets last season. They give us such a boost and for me it is the moments after the game, especially when you have a big win in the Welsh derbies or in Europe, it is probably where I get the most buzz and enjoyment from because the game is done, you have got the win and you can see the smiles on faces. You get to see family and friends as well. A few boys who broke through last season haven’t experienced that yet, it is exciting for them to experience that for the first time.”