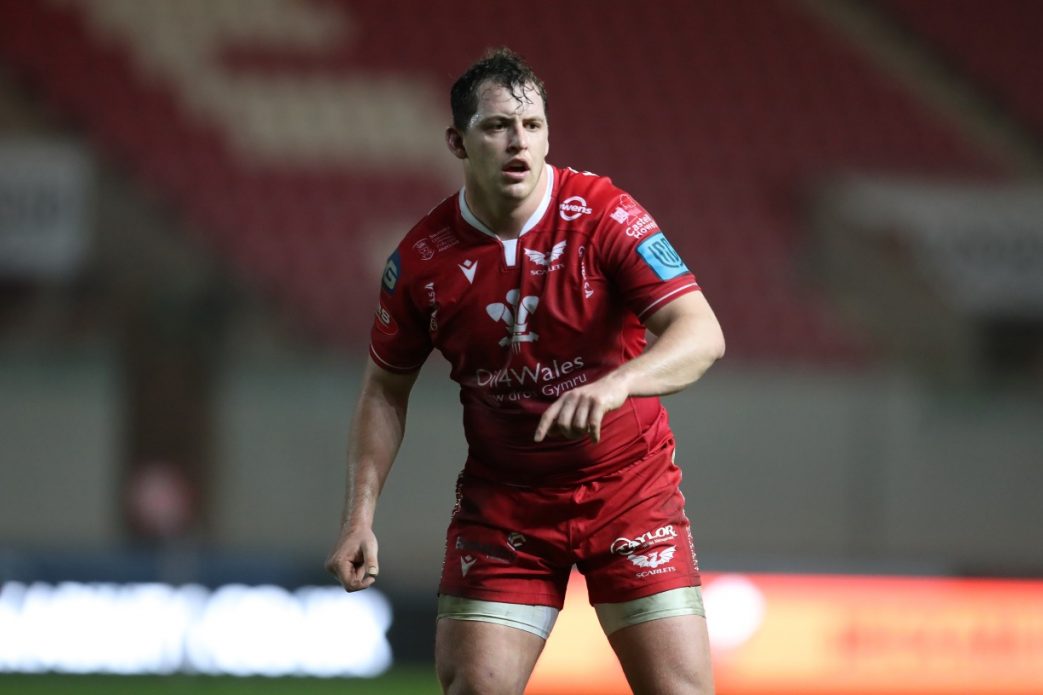 Hooker Ryan Elias spoke to the media after the New Year’s Day 22-19 bonus-point win over the Ospreys.

It was the Scarlets’ first URC outing since the win over Benetton on October 22 with a double from wing Johnny McNicholl and tries from Gareth Davies and Steff Evans sealing the victory.

Here’s what Elias had to say.

Ryan, as a squad, you must be delighted with that result?

“We are very pleased. It was a very difficult game and we knew that we just had to stay in the arm wrestle.

“They came at us really hard throughout the game to be fair to them. We were frustrated because we created a lot of chances in both halves, but passes were going to the floor which gave the ball back to them.

“We spoke about discipline at half-time because they are very effective when they kick to the corner with their line-out drive. We were just pleased to get the victory in the end.”

How’s the body feeling after having not played for so long?

“I’ll definitely feel this in the morning. It’s been nearly two months since I last played, and for a lot of the other guys it’s been a lot longer.

“We are fit because we run a lot in training but at the same time it is very different in a game because it’s so physical especially against the Ospreys and the way that they play.

“That took a lot out of us in the first half, but we got a second wind, trusted our systems and we got the victory in the end.”

Your fitness came to the fore in the final 10 minutes?

“That’s the way we want to play. We want to take the game to other sides. We do trust our fitness and the work we put in over the last few weeks. I am very pleased with that.

“We knew we would still be there at the end. We are just thankful to get the win. You’ve just got to believe in the work you’ve put in. A lot of it is about mindset and the way you turn up on game day.”

What about Harri O’Connor’s debut?

How important is it to build on this win looking forward to the next game against the Dragons?

“We’ve started the new year with a bang. We are happy with that, but there’s a lot of work for us to do before playing the Dragons.

“They are a very physical game, and have played a lot of good rugby, and even in the games they have lost they’ve been in the games. They will be frustrated they didn’t play this week so it’ll be a hard game again next weekend.”