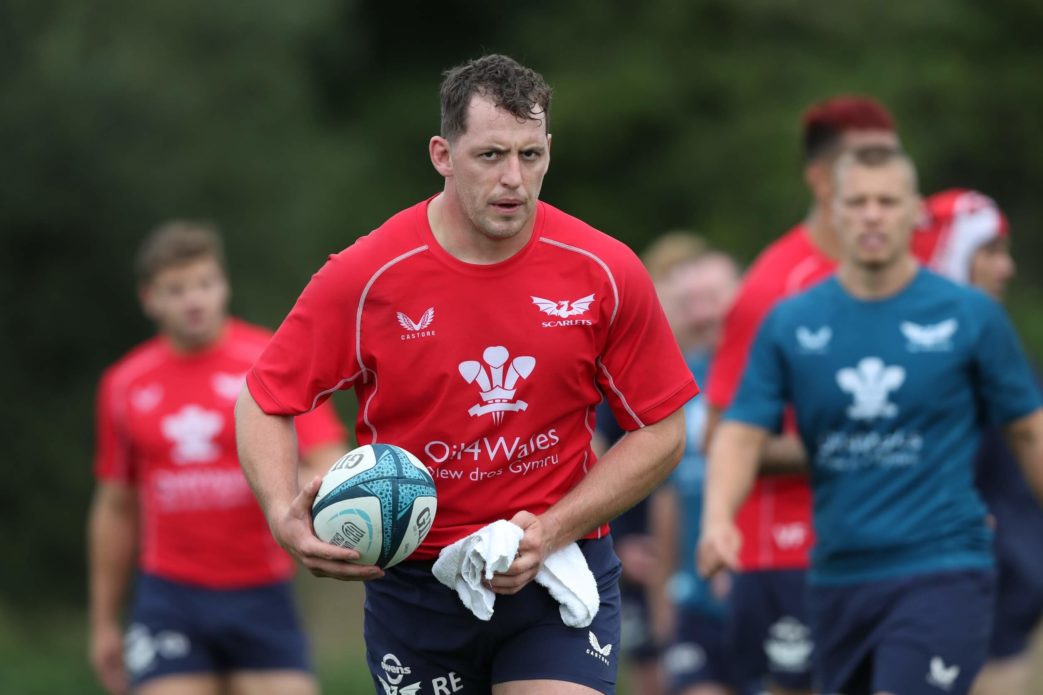 The Wales international hooker will line up against a number of players who he played alongside for his country in South Africa this summer — and the man from Carnarthen can’t wait.

“It’s good to be back, I am enjoying being back with the boys after five weeks off in the summer. You have to take that time to refresh the body and mind, but once you have done that it’s all ready to go for the start of the season, it is exciting,” he said.

“I feel like we owe the Ospreys one after last season (in Swansea). We went well in that first half and then kind of fell off a cliff and they finished strongly. You take that personally and it hurts, hopefully we can get a bit of revenge this week,” said Elias.

On the prospect of going up against Wales team-mates, the 27-year-old added: “That’s exciting in itself, I have always had competition here at Scarlets with Ken and all the good hookers we have had here, going up against the likes of Dewi Lake or Sam Parry it is always a challenge, the respect is there, we get on well, but the moment you get on the field it is business isn’t it?”

Scarlets are aiming to improve on last season’s 10th-place finish as they target a place in the play-offs of the BKT United Rugby Championship.

“For us as a squad, we need to keep building,” said Elias. “Everyone is buying into what we are doing and you look at the stats and break it down, there was a lot of good last season, particularly offensively. We know we have work to do defensively and with Babs (Gareth Williams) coming in we are doing that. The boys have a lot of respect for him and trust his system and what he is saying. It is a case of implementing what he is doing in the games.”

As for his own game, Elias added: “There are always work-ons for your game. I am always looking to get better, use my size, be more physical and probably get my hands on the ball a little bit more. At times last season I felt I didn’t get my hands on it enough, but as a hooker your bread and butter is your throwing-in and scrummaging, so you can’t go too far away from that.”