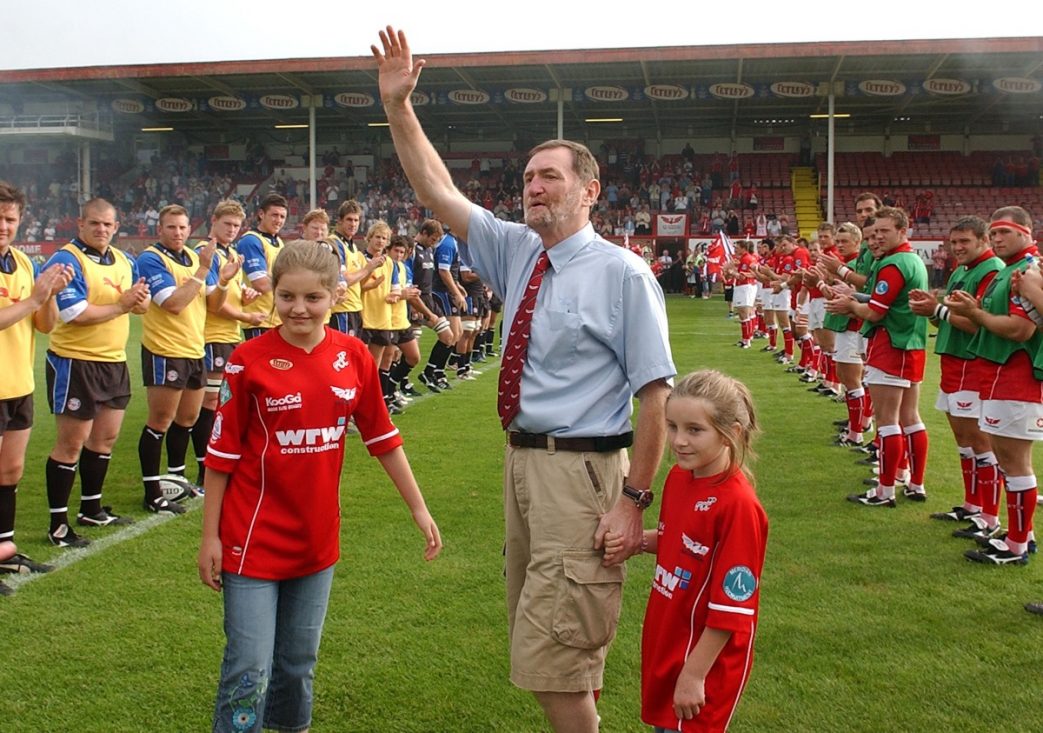 Filming work on Grav will begin at the end of June. The drama, which has been adapted from the acclaimed stage show created by Owen Thomas, Peter Doran and Gareth John Bale in the Torch Theatre, looks at the life of one of Welsh rugby’s most revered figures.

Following his memorable on-stage portrayal of Ray Gravell, actor Gareth John Bale will play the leading role. Award-winning director Marc Evans, who has worked on programmes such as The Pembrokeshire Murders, Manhunt and Y Bomiwr a’r Tywysog, will direct the television adaption of the show.

S4C have commissioned Regan Developments, with Tarian Cyf, to produce this one-off programme, which will be screened in September.

Branwen Cennard, Grav co-producer, said: “Working on a project like this, to create a television adaption of Owen Thomas’ hugely successful stage show, is very exciting. The original drama goes to the root of what drove Grav as a person and the show was universally praised.

“In adapting the show from the theatre to film and television, the drama has developed significantly. But the story remains the same, and we hope that the additional visual layers, under the guidance of director Marc Evans, will lift the production to an even higher level.”

Gwenllïan Gravelle, S4C drama commissioner, said: “It’s a privilege to commission a drama about a true Welsh folk hero, Ray Gravell. Grav was such a famous figure; as a strong and talented leader on the rugby pitch, and an affectionate, colourful, but complicated character off it.

“His story is emotional and one that drew plaudits from theatre audiences across Wales. I am very much looking forward to seeing the show on the screen.”