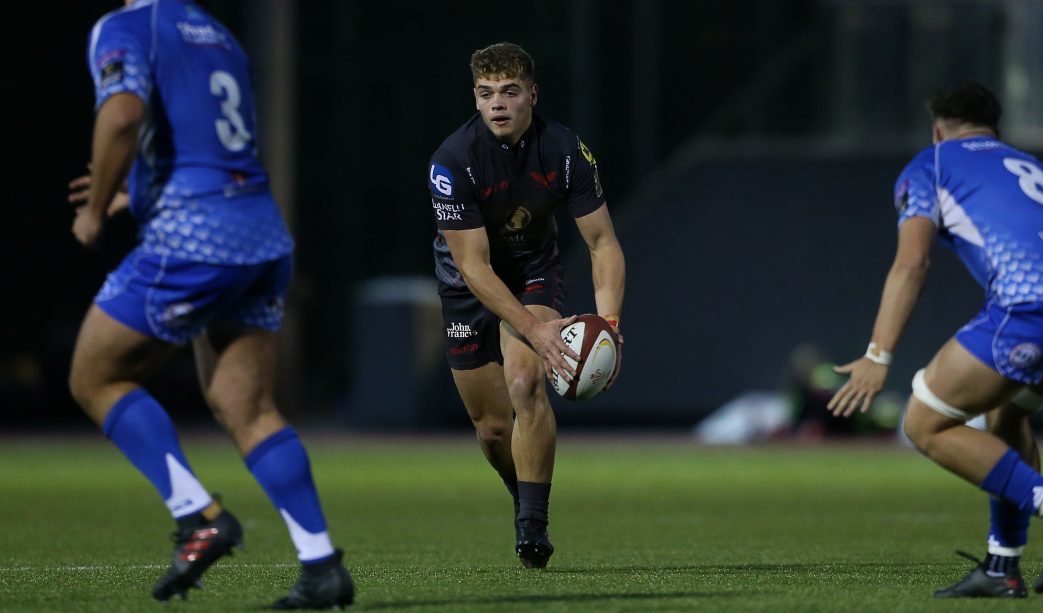 Scarlets A head coach Richard Kelly has promised his side will give it all they’ve got when they meet unbeaten Leinster A in the inaugural Celtic Cup final at Parc y Scarlets on Saturday (20 October, 4.00pm kick-off).

Kelly’s heroes notched 58 unanswered points in their clash against the Dragons at Ystrad Mynach last weekend to bag their place in the final. Having conceded two early tries, and gone 12 points down, they hit back to score eight tries to top the Welsh regional Conference.

Leinster, meanwhile, maintained their 100 per cent record with a home win over unbeaten Munster to book a return visit to Llanelli. When the two sides met on 22 September it was the visitors who ran out 16-10 victors’ in a tight contest.

Entry to the Celtic Cup game at Parc y Scarlets will be £5 for the region’s Season Ticket holders and £10 to non Season Ticket holders. Access will be via main reception and Quinnell Lounge.
“The boys are bouncing, especially with the game being played at Parc y Scarlet. It was a really tight game last time with just six points in it,” said Kelly.
“We know how good Leinster are, but we are a close group and we are confident. We will give it our best shot.
“We are waiting on senior calls for certain positions and there will be some changes, but if we lose one or two players it means they will be stepping up to the regional side. It’s why we are here.”
Skipper Steff Hughes is one of those likely to miss out after being withdrawn from last weekend’s team to keep him fit for this week’s Heineken Cup Champions Cup tie in Leicester. With Rhys Patchell still ruled out with a head injury, and Angus O’Brien gone for most of the season with an ACL knee injury, the talented Hughes, a former Wales Under 20 captain, is set to provide back up to Dan Jones in the No 10 role.
“For me, the development at this level is the process, the training and how we make players better. Consistency of selection and matches has enabled us to improve week on week,” added Kelly.
“We’ve also been able to work closely with the senior side and create greater clarity across the squad with the same calls. It is working well at the moment and this tournament is allowing players to make that step.
“This has been a good time of year to have this block of games, the players have really bought into it and have developed a great identity. They have relished playing in this competition playing in local derbies and against the likes of Munster and Leinster.

“Our average age throughout the tournament has been under 23 and we’ve already had a few players stepping up to play for the senior side. There will be more in November.
“Going into Europe and the Autumn internationals I don’t think we could have sustained it much longer. There will be some players who need to find some rugby now, but it has worked in terms of player development.”

Kelly knows his side can’t afford to get off to a similar slow start as last weekend when Leinster arrive. They have been scoring tries for fun and last weekend included Irish wings Adam Byrne and Dave Kearney in their back line.

“We treated the game against the Dragons as a semi-final – we knew we needed to win and that’s what we concentrated on. They really came out of the blocks firing and we were 12-0 down,” said Kelly.

“I wasn’t happy with the start, but I was very pleased with the way we reacted with 58 unanswered points.”