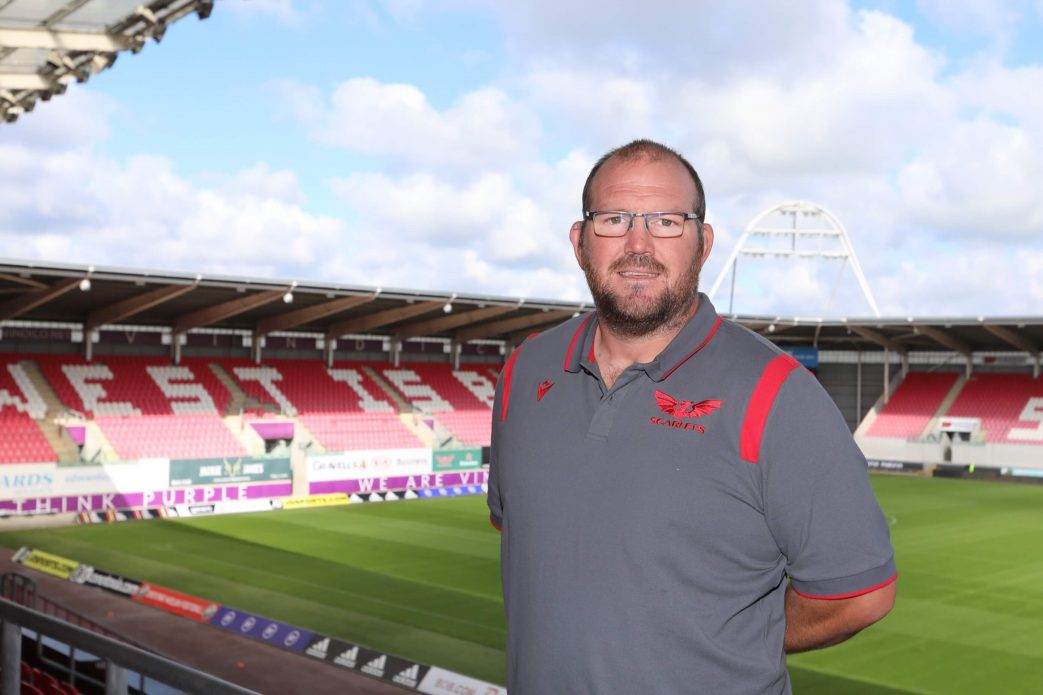 Former prop Phil John is back at the Scarlets having been appointed to the role of Academy skills coach.

John made 330 Scarlets appearances over 17 seasons and holds the record for the most Scarlets matches played in the regional era.

Since hanging up his playing boots following his final game against Glasgow in 2016, he has worked with the RGC 1404 Academy and alongside another ex-Scarlet Mark Jones with the Premiership team in North Wales.

He also has experience coaching with the Llanelli RFC Premiership side and as an assistant to Danny Wilson for the Scarlets.

John, who started out on a rugby apprenticeship scheme at Stradey Park, replaces Emyr Phillips who becomes the Scarlets transition coach overseeing the academy players who are training with the senior side.

“It’s good to be back at Parc y Scarlets and I’m looking forward to working with a talented group of young players who have bright futures in the game,” said John.

“When you look at the players who were in the Academy five years ago when I was here, they are now starting week in week out for the Scarlets, it is great to see the journeys they have been on.

“The Scarlets Academy has a proud tradition of being a production line for the senior side and I’m excited by this opportunity to help make sure that continues.”

Scarlets Development Pathway Manager Kevin George added: “For us, this appointment was about getting the balance right in the coaching group with Emyr having been promoted to oversee the transition players.

“We had a lot of interest in the post and Phil, with his experience working with academies and the commitment he gave to North Wales, came out very strongly. We are delighted to have him on board to help nurture the next generation of Scarlets.”