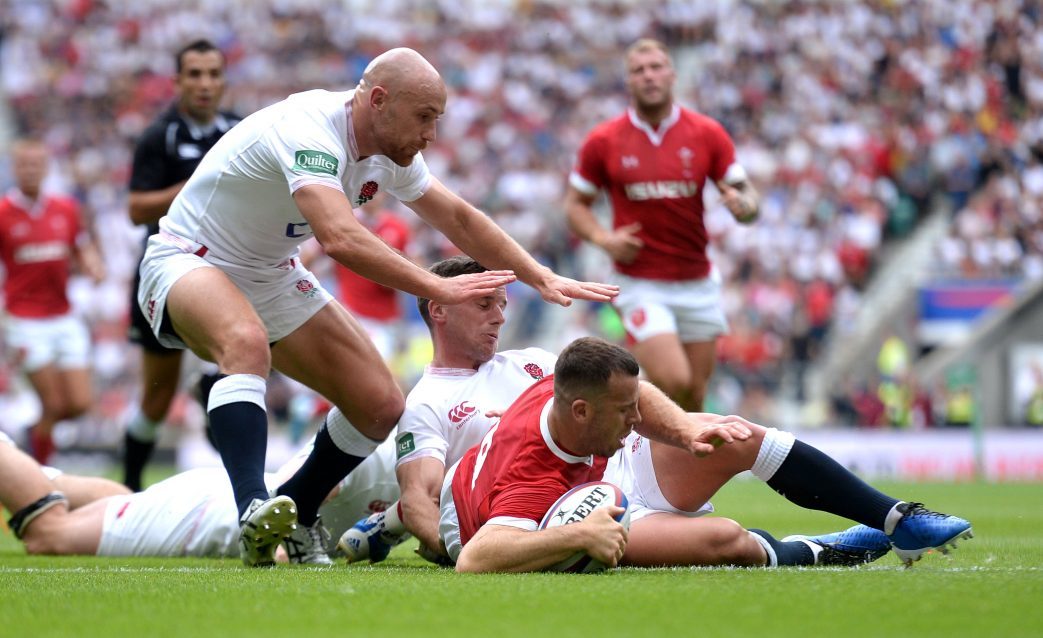 Scarlets scrum-half Gareth Davies scored a superb solo try and prop Wyn Jones his first international score, but Wales were denied the chance to claim top spot in the world rankings when they fell 33-19 to England in their opening World Cup warm-up match at Twickenham.

The defeat ended a 14-match winning run for Warren Gatland’s men, who have the chance of revenge when the sides meet again in Cardiff next Saturday.

Davies slalomed his way past a clutch of white defenders for a stunning 45-metre try midway through the first half – the highlight of a rusty performance from the Six Nations champions.

Replacement Jones made his impact off the bench to give Wales hope in the second half, but it was not to be for the visitors.

It was the Red Rose that dominated the opening minutes, racking up 14 points in as many minutes thanks to close-range tries from No. 8 Billy Vunipola and wing Joe Cokanasinga, both converted by fly-half George Ford.

A Wales side containing four Scarlets starters responded with Davies’s brilliant effort, with the scrum-half bursting blindside off the back of a scrum before sidestepping his way to the line.

But after losing fly-half Gareth Anscombe to injury, Wales gifted England a third score on the stroke of half-time, with a line-out error allowing hooker Luke Cowan-Dickie to pounce.

Leading 21-7 at the break, England extended their advantage with a Ford penalty, but back came Wales with a two-try strike.

After Ford gave England breathing space at 27-19, Wales emptied their bench with Scarlets flanker Aaron Shingler coming on for his first appearance since the Guinness PRO14 final in Dublin in 2018.

With the England scrum on top, Ford added another three-pointer, then Elliot Daly landed a snap left-footed drop goal to put the gloss on England’s win.