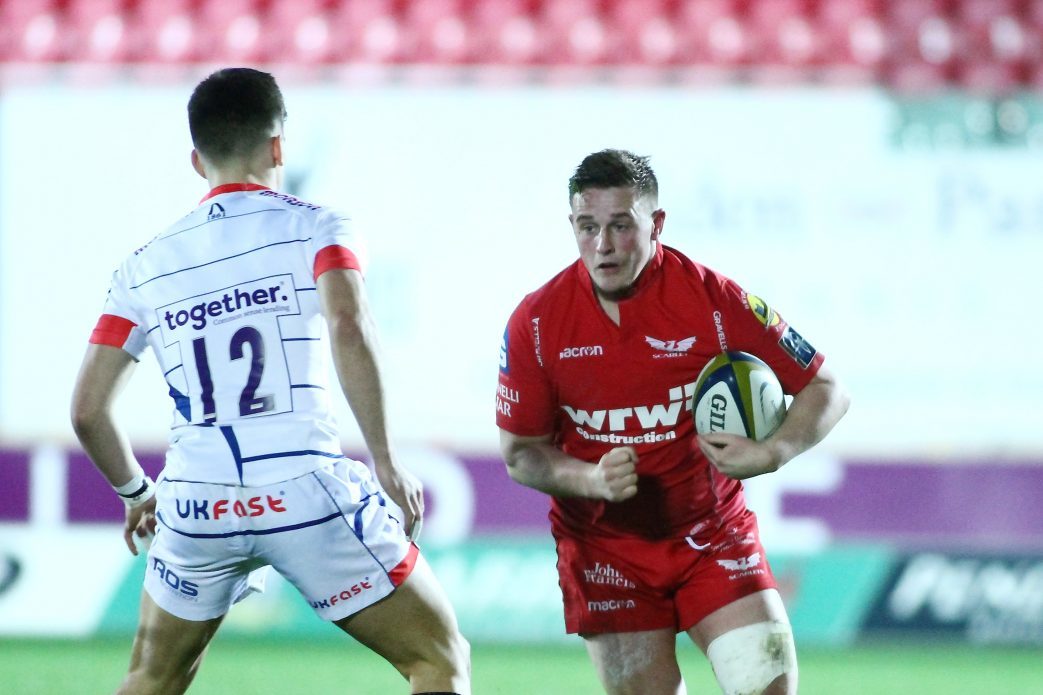 Scarlets’ fielded a team of the region’s exciting young talents at Parc y Scarlets this evening for the final pool game of the Anglo-Welsh Cup campaign.

With 43 players unavailable for the clash through international call-ups, injuries and preparation for next weekend’s Guinness PRO14 return against Benetton Rugby the Scarlets called on the service of some new faces from the feeder clubs and further afield.

Just like Scarlets and Wales prop Rob Evans made his Scarlets debut against Sale Sharks in this very competition five years ago another five players got their opportunity to wear the famous jersey for the first time this evening.

Despite the defeat to Sale Sharks at the Parc the young Scarlets can hold their heads high as they played with pride and conviction against a very strong opposition.

Speaking after the game coach Euros Evans said; “We were really pleased with the commitment and effort of the players on the park, it was excellent today again as it has been throughout the campaign.

“It’s exactly what we’re looking for from this tournament. You can measure success in different ways, although we haven’t won a game in the campaign what we have done is exposed a number of players to this level of rugby, which is a stepping-stone to the PRO14. From that perspective we feel we’ve had a successful campaign in developing and exposing a number of young players to this level moving forward.

“We’re disappointed we haven’t won a game but I think the competition has worked from a development perspective.”

24 players have made their Scarlets debuts in the 2017-18 Anglo-Welsh Cup campaign with thirty of the 52 players who featured aged 23 and under (nine of which were teenagers).

The Scarlets return to Parc y Scarlets on Saturday 24th February to take on Ulster Rugby in the Guinness PRO14.

Tickets are available now at the early bird rate. Click here to purchase.