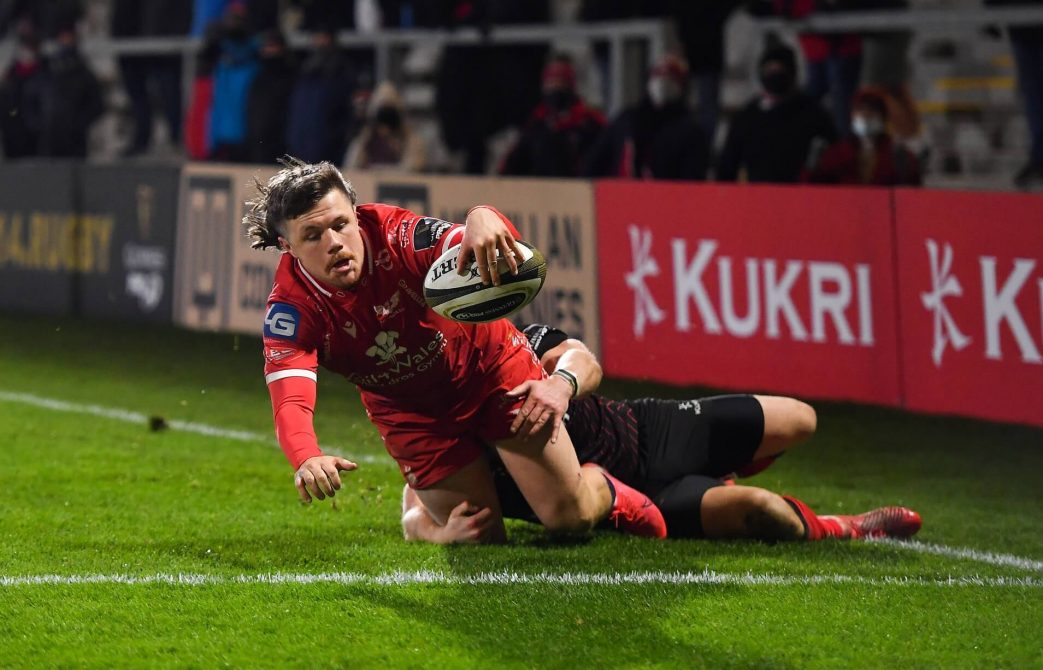 Scarlets came agonisingly close to ending Ulster’s unbeaten start to the season, losing 26-24 in a thrilling Guinness PRO14 contest at the Kingspan Stadium.

The visitors came away from Belfast with two deserved bonus points, but will feel they could and maybe should have left with more from a see-sawing encounter.

Defying the pre-match predictions, the Scarlets recovered from conceding an early try to produce some scintillating running rugby.

But they came up just short as they pressed for victory in the closing minutes.

The West Walians were forced into a late change prior to kick-off with Jac Price replacing Sam Lousi in the second row. Lousi failed a late fitness test on a neck issue so Dan Davis came in on the bench.

Cheered on by 1,000 home fans in the Kingspan, Ulster got off to a flyer with wing Rob Lyttle finishing off a slick counter attack after just eight minutes.

The Scarlets responded strongly and although Dan Jones missed with two penalty attempts, they hit back on 17 minutes with a well-worked score for centre Paul Asquith, a try converted by Angus O’Brien.

Asquith crossed after Ulster had been reduced to 14 men following the yellow carding of second row Kieran Treadwell for a high challenge on prop Javan Sebastian – a decision that could easily have been red. It forced Scarlets into a change up front with Sebastian being replaced by Werner Kruger at tight-head prop.

With back-rowers Sione Kalamafoni and Jac Morgan to the fore, Scarlets continued to pressurise the home side, but on 32 minutes Ulster struck with a sucker punch.

Scarlets were on the offensive only for centre Stewart Moore to intercept and race 70 metres unopposed to the posts for a try converted by John Cooney.

And on the stroke of half-time Ulster struck again with man-of-the-match Sean Reidy barging over from close range.

Undeterred, Scarlets shot out of the blocks at the start of the second half and were right back in the contest with a try for Ryan Conbeer – his fourth in three games.

From an attacking scrum, skipper Steff Hughes delivered a pinpoint cross kick which bounced in the grateful arms of the flying wing. O’Brien’s conversion was wide.

There was more to come.

On 54 minutes, following the sin-binning of wing Matt Faddes for a high tackle, the Scarlets were over for their third try courtesy of a superb break by replacement Tyler Morgan and a fine finish from Steff Evans for his 50th try in Scarlets colours.

The missed conversion meant Scarlets trailed by two points going into the final quarter, but with mistakes creeping into the visitors’ game, Ulster were able to regain momentum and crossed for their fourth try through Treadwell with 15 minutes remaining.

It seemed the match was ebbing away from the Scarlets, but with just three minutes left on the clock a strong line-out drive saw replacement Phil Price power over for his first Scarlets try in 53 appearances. O’Brien converted to reduce the arrears to just two points.

Time was against the Scarlets and although they threw everything into the final minutes, Ulster were able to hold on for the points leaving Glenn Delaney and his team with the consolation of both four-try and losing bonus points.