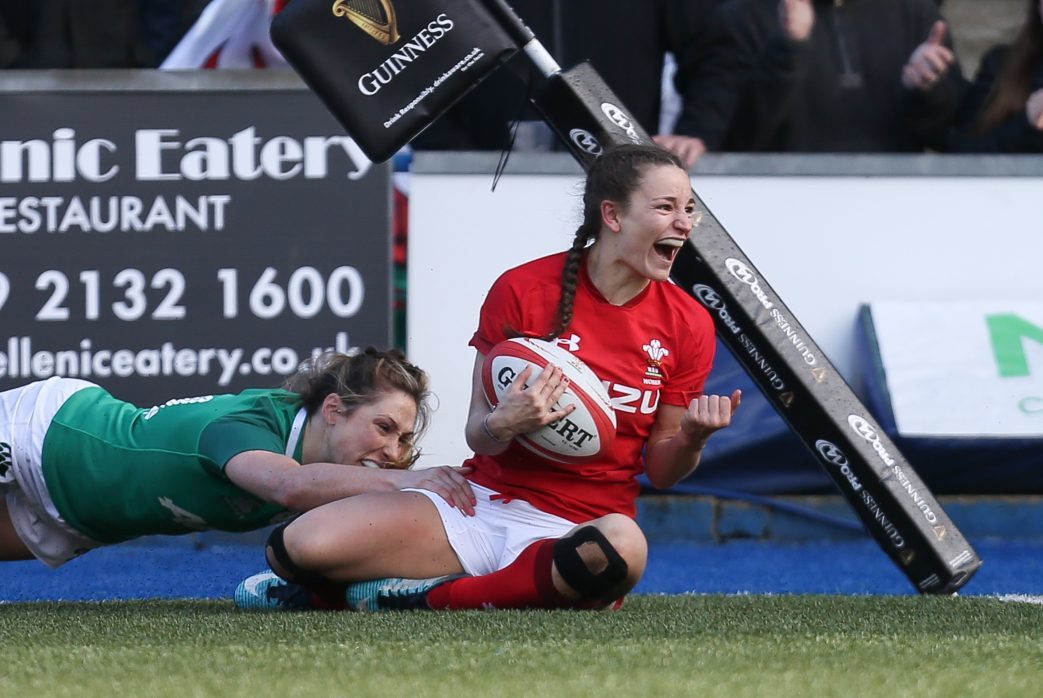 Scarlets duo Alisha Butchers and Jazz Joyce have been selected in a stellar Barbarians line-up to take on USA Women on April 26.

The pair, along with fellow Wales international Elinor Snowsill will be part of a squad from nine different countries for the match at Infinity Park, Glendale, Colorado.

Butchers, player of the match in Wales’ Six Nations finale against Ireland, said: “I’m so excited to get the opportunity to play for the Barbarians. My family are over the moon and to be able to play alongside Jazz and Elinor is amazing, we’re all super-excited.

“I’ve grown up watching the men’s Barbarians matches and never even thought I would get this chance. It just shows the direction the sport is going.”

Olympian Joyce crossed for a stunning solo try in the bonus-point win over the Irish at the Arms Park.

The speedster said: “To be part of the Barbarians’ tradition is something special.

“I’ve experienced the Olympics, Commonwealth Games, Rugby World Cup and the Six Nations and now I get to be a Barbarian too which is another huge achievement.

“Four of the squad were part of New Zealand’s World Cup-winning squad so it’s going to be an amazing experience.

“Hopefully our performances as Welsh players will kick on from the Six Nations where we improved during the tournament.”

Barbarian FC Chairman John Spencer said, “The Barbarians launched their women’s team in 2017 to bring together talented players to play with the spirit of enjoyment and entertainment for which the club is famous.

“Taking on international opponents for the first time will be a landmark moment for the team and facing a side ranked No.5 in the world in the USA Women’s Eagles will be a marvellous challenge.

“It is wonderful to see the Barbarians return to the USA for the first time since 1976, when we played club sides on both the East and West coasts.

“That summer tour saw some of rugby’s greatest names — Phil Bennett and JJ Williams among them — involved and next month’s team will include women’s players of a similar standing from around the globe.”

The match will be broadcast live on FloRugby.com.