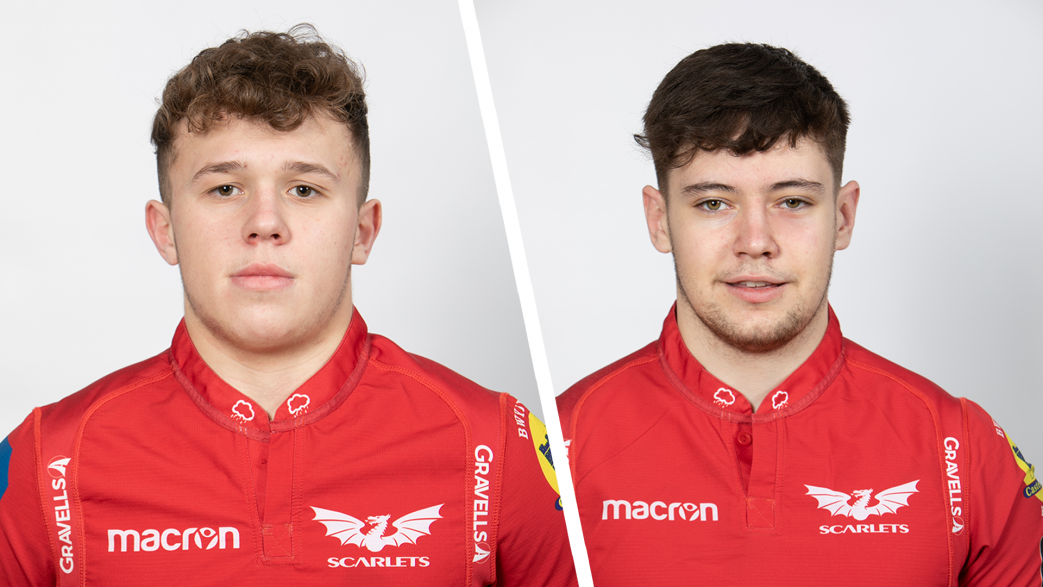 Scarlets duo Luke Davies and Rhodri King have been named in the Wales U18s squad heading to South Africa this weekend for an international series.

Ever since 2012 the best of Wales’ teenage players have headed to Stellenbosch to join teams from South African Schools, England and France for a triangular tournament that has proved the breeding ground for many future internationals.

A change in age range will mean this side will be younger than many of the previous teams and the only players to return after the 2018 trip, when Wales lost an epic battle with the South African Schools team 43-40 before beating England 26-20, are Bath Academy prop Archie Griffin and Dragons centre Morgan Richards.

Griffin is one of a number of Exiles players in a party that includes the Millfield School full-back Dan John, son of former Wales scrum-half Paul John. Looking to earn his first cap at this age will be fly-half Ben Burnell, whose father Justin Burnell is a former Wales U19 head coach and the current director of rugby at Pontypridd.

“There has been a change in the age grade system. With every country moving to January 1, from September 1, as an academic school date it meant we were only having one fixture at U18 level,” said Horsman.

“So we decided to fall in line with the international calendar. That’s why we’ve brought in the U19 team to give players another opportunity to play international rugby.

“It worked really well for us last season with U19 games against Japan and England. This group going to South Africa is more of an U17 team.

“In the past, the group we’ve taken has been six to eight months older and a lot of the current group are in the first year of sixth form. It’s a younger group, but a very talented group.

“One of the strengths of our performance pathway is we are very aligned all the way through. Coaches of the 18s, 19s and 20s all sit at the same desk, whereas in other countries they only get together in tournament time.

“When you look at our results and performances at age grade level, along with the number of players who transition successfully into regional rugby and the senior international side, we do pretty well.

“But as with everything we can do better. That’s why we’re always challenging what we’re doing in order to become truly world class.”