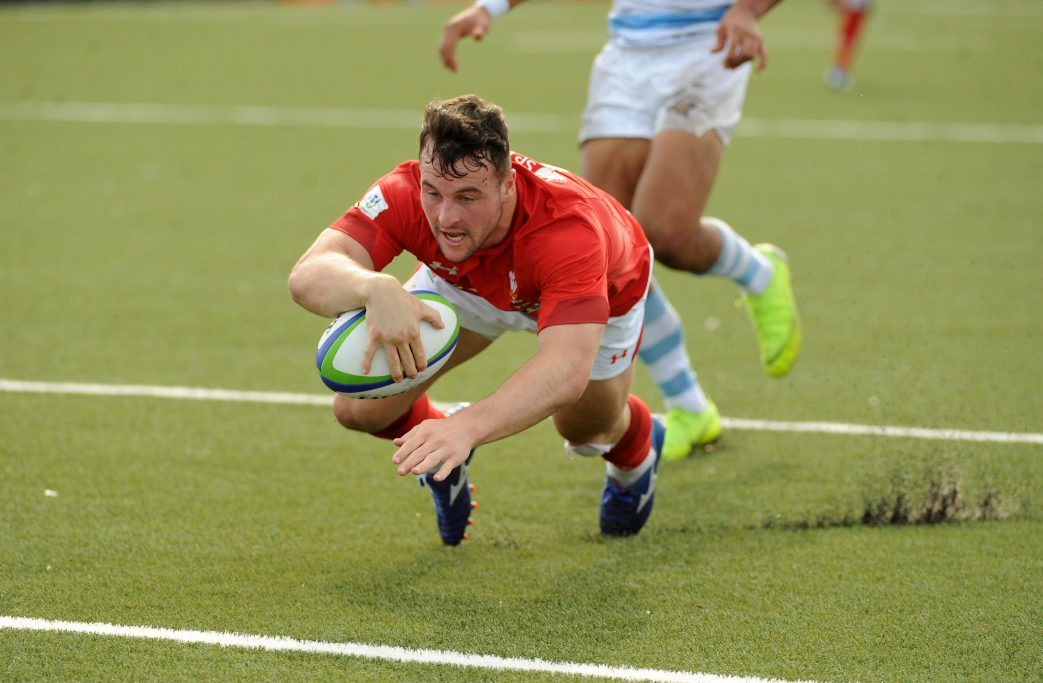 Gareth Williams’s side had trailed 22-20 when the Pembrokeshire flyer struck after 65 minutes, somehow escaping the clutches of a host of defenders before racing clear for a crucial score.

Wales still had to dig deep to keep the hosts at bay, but they held on for a crucial victory to launch their campaign.

Conbeer was one of six Scarlets who featured against Los Pumitas.

Wales made a promising start which led to a fifth-minute penalty for Ospreys fly-half Cai Evans – part of a 20-point haul off the tee for the son of former Llanelli great Ieuan Evans.

However, a lively Argentina side began to take a grip of the contest thanks to a close-range try by prop Franciso Minervino and a conversion and penalty from the boot of Geronimo Priscantelli.

Wales responded with a try of their own. Jac Morgan did well to off-load from the back of a retreating scrum, putting scrum-half Harri Morgan into space. The Ospreys No. 9 put a deft kick into the path of wing Rio Dyer and then took the return pass before weaving his way to the whitewash.

Evans hit the upright with the conversion, but, following great work by Conbeer, added a penalty five minutes before the break to ensure Wales led 11-10 at half-time.

Argentina regained the lead three minutes after the restart through a long-range score from Rodrigo Isgro, but discipline was letting the home side down and three more Evans penalties put Wales 20-15 in front.

The home crowd were on their feet when full-back Ignacio Mendy danced his way from the grasp of four Welsh defenders to cross at the posts with Joaquin de la Vega adding the extras.

But then up stepped that man Conbeer.

The Welsh pack had done well to drive a line-out into the home 22, but there still appeared little on when Conbeer picked up at the base of a ruck.

However, he skipped away from a couple of tacklers then turned on the afterburners to race to the line.

Evans’s conversion made it 27-22 and the fly-half appeared to seal the points with a further penalty five minutes from time.

Argentina, though, refused to give in.

A penalty from de la Vega gave them hope, then in a thrilling finale they threw everything at Wales only to lose possession as they went for the match-winning score.

Wales’ next assignment is against defending champions France in Rosario on Saturday.