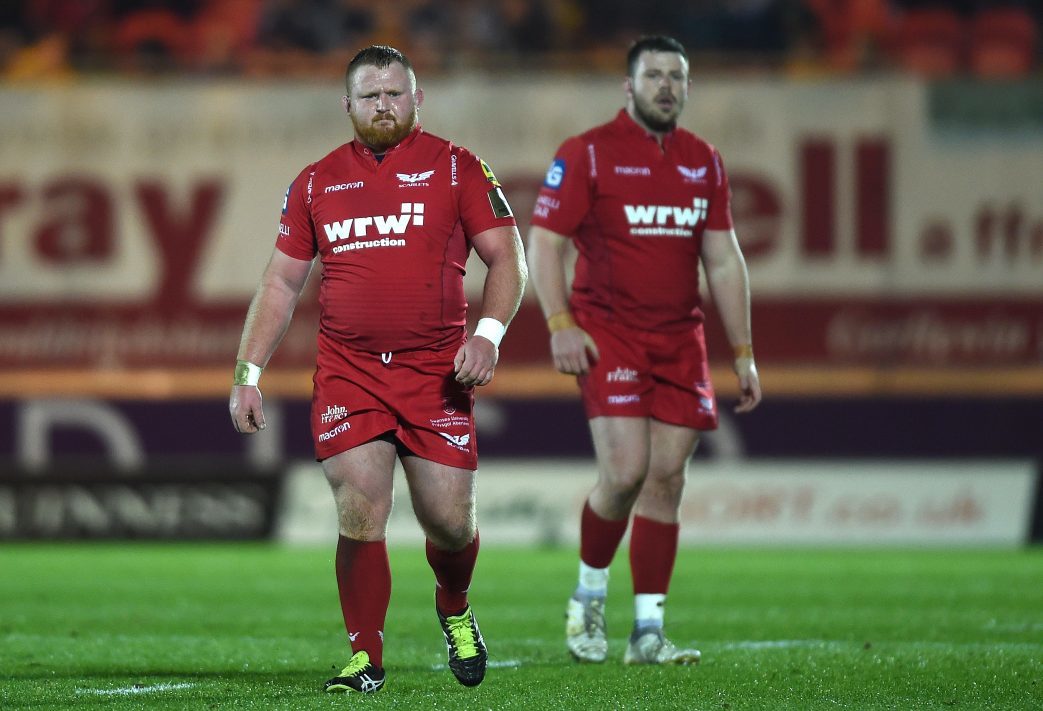 Scarlets head coach Wayne Pivac has been forced to make changes to the team that will take on Bath Rugby in the fifth round of the European Rugby Champions Cup game tomorrow following his side’s Captain’s Run earlier this afternoon.

It had been hoped that both Leigh Halfpenny and Johnny Mcnicholl would come through late fitness tests at the team’s Captain’s Run earlier this afternoon but the coaches have been forced to reshuffle the backline as both fail to make a recovery.

Scarlets will head to Bath Rugby’s homeground on Friday evening looking or a victory that will keep the West Wales region’s European hopes alive heading into the sixth and final pool game of the competition.

Bath Rugby secured a victory at Parc y Scarlets in the second round of the 2017-18 European Rugby Champions Cup campaign as Scarlets faced a five-day turnaround from the physical challenge in the South of France against former champions Toulon.

The two sides will go head-to-head on Friday evening with a Scarlets victory keeping the competition alive, and a place in the quarter-final a realistic prospect with only Toulon remaining to be tackled at home, a challenge the Scarlets have already proved in recent years that can be overcome.

Rhys Patchell, who was named Man of the Match in last weekend’s victory over Dragons Rugby at fullback, replaces Halfpenny with Tom Prydie moving to the right wing replacing Johnny Mcnicholl. Hadleigh Parkes returns to the centre to partner Scott Williams with Paul Asquith moving out to the left wing. Dan Jones regains his outside half spot with Gareth Davies remaining at scrum half.

Captain and British & Irish Lion Ken Owens is joined in the front row by fellow Welsh internationals Rob Evans and Samson Lee whilst Tadhg Beirne and David Bulbring line-up in the second row.

The experienced backrow of Aaron Shingler, James Davies and John Barclay are reunited with the Scarlets looking for an historic away scalp.

Speaking ahead of the European clash, which is expected to attract nearly a thousand Scarlets supporters to the Rec, Wayne Pivac said; “For our group, some of the fundamentals fall away over the Christmas, we’ve had to bring the guys back and work on some of the basics. We’re looking a lot better at training. Those extra few sessions we’ve been able to get in have been quite timely.

“This week is about trying to get our attacking game going again. We just have to look back to when we played them last time. They were more disciplined and more clinical than we were and played the conditions better than we did.

Scarlets team to take on Bath Rugby at the Rec on Friday 12th January, KO 7.45pm;